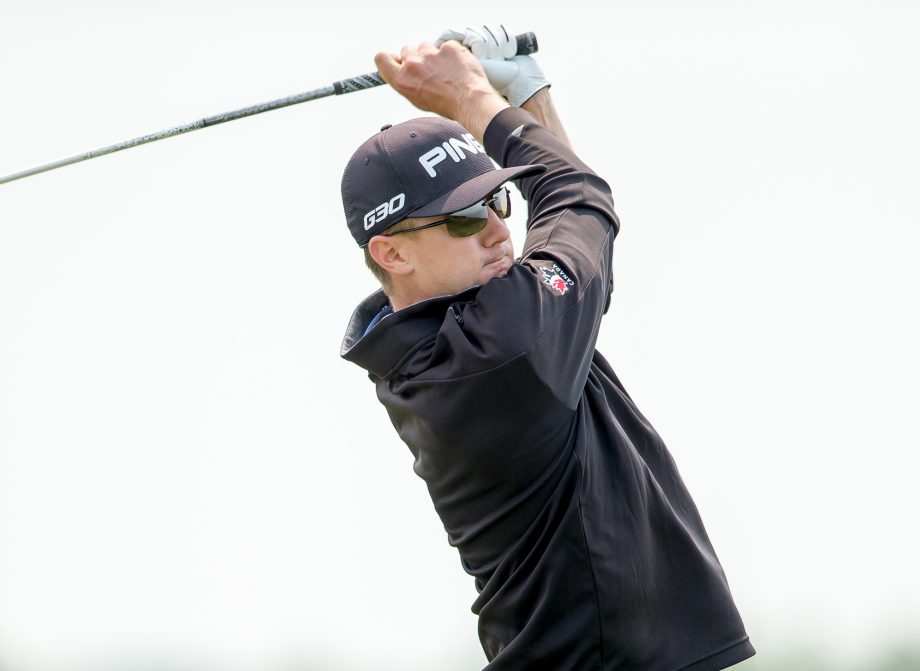 Mackenzie Hughes knows a thing or two about what it takes to be the top Canadian on the Mackenzie Tour – PGA TOUR Canada, and it’s not easy.

In 2013, Hughes turned a win and three other top-10s into the Order of Merit title and the Freedom 55 Financial Canadian Player of the Year award. At next week’s Freedom 55 Financial Championship, he’ll be one of the contenders for the honour once again, and with a beefed-up $25,000 prize on the line, even more is at stake.

“There were guys like Nick Taylor out here that year,” Hughes points out, “so that’s pretty cool to look back on and say I was the top Canadian for that year.”

Hughes sits 13th on the Order of Merit through 10 of 12 events, seventh among Canadians and within $18,362 of Albin Choi, the current top Canadian at No. 3.

“With the talent this year as far as Canadian players, it would be huge,” says Hughes.

There’s plenty on the line for every player next week in London, with the top five players on the Order of Merit earning status on the Web.com Tour and a $200,000 purse ($37,000 winner’s share). Only the top 60 players on the Order of Merit through this week’s Cape Breton Celtic Classic will earn a spot in the field at Highland Country Club, making the event a who’s-who of the Mackenzie Tour.

“It’s definitely going to have a little more importance to it, being that it’s only 60 guys,” says Hughes. “We know what we’re playing for, and it’s a nice reward to play for. It will be a fun week with a lot riding on it.”

For Canadian players, however, the stakes are even higher.

“Being the top Canadian with so many good Canadian players out here, I think it means a lot. It would be a big personal accomplishment,” says Choi, who notched a win earlier this year at the Bayview Place Island Savings Open and a co-runner-up finish at The Great Waterway Classic.

“It’s been a long and exciting year, and to cap it all off in London, I think we’re all looking forward to it. It’s going to be a big event for all 60 players,” Choi says.

The enhanced prize for top Canadian is part of Freedom 55 Financial’s commitment to Canadian golf this year, which includes the enhanced purse for the season-ending event, a $2,500 from the Canadian Player of the Week at each Mackenzie Tour event, and sponsorship of Team Freedom, a squad of Mackenzie Tour pros including Hughes, Choi, Taylor Pendrith, Matt Hill and Adam Svensson.

“What it’s allowed me to do is kind go after my goals and dreams with a little more freedom, so to speak,” says Hughes of the partnership. So far, the Team has been a squad of contenders this year, combining for 11 top-10s, including Choi’s win and two runners-up apiece for Svensson and Pendrith.

“Their support means a lot to me, and for the other guys that have the Freedom logo on their collar, hopefully the Freedom guys can play well and have a chance in London,” says Choi.

Including the five members of Team Freedom, 18 Canadians are inside the top 60 and in position to qualify for next week’s season-ending event. Each one of them still has a chance to become the top Canadian, and with so much on the line, you can expect a fight to the finish next week in London.