From start to finish, Thomas was best in golf this season 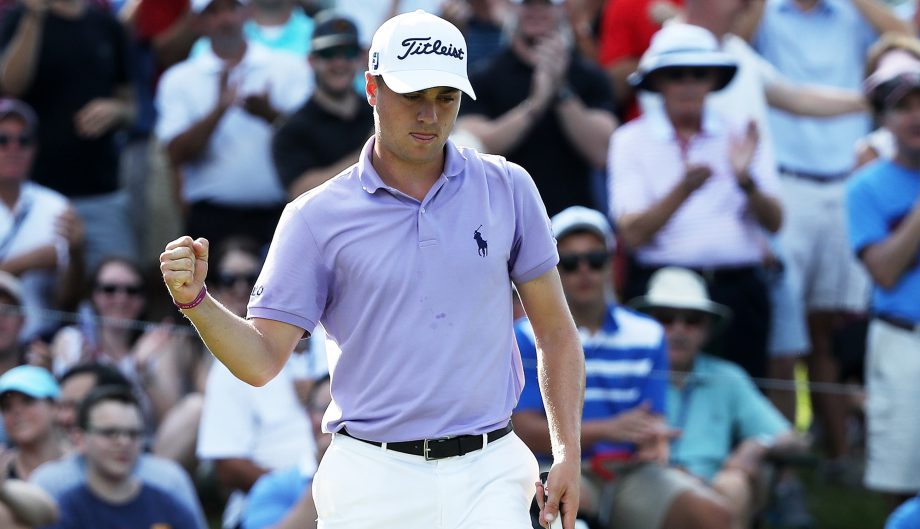 ATLANTA — Justin Thomas had an inkling back in January that this season might be something special.

More than winning the Sony Open for a sweep of Hawaii and his third victory in five starts, it was how he won. Thomas opened with a 59 and never let up until he set the PGA Tour’s record for lowest 72-hole score and won by seven shots. Instead of trying to protect a lead, he left everyone in his wake.

“I felt like after that, I learned a lot to where I could kind of ride that momentum out for the year,” Thomas said.

But there was a moment early in the week at Waialae that might have set the tone for a FedEx Cup title that came down to the last hour.

Thomas played with Jordan Spieth when he shot 59, and the statistics would have suggested a different outcome. Spieth led the field that day in proximity to the hole with his approach shots at 18 feet, 4 inches. Thomas was seventh at 25 feet, 7 inches.

Thomas, however, was the one making all the putts.

On more than one occasion, they were on the same line and Thomas holed his putt from a longer distance, while Spieth missed. Over the next few days, Spieth couldn’t help but smile at the observation that Thomas was doing to him what Spieth had done to so many other players.

In some respects, it was like that all year.

Thomas went into a brief lull, missing six cuts in 14 events after Hawaii. He had a few flashes of brilliances, such as his 63 in the U.S. Open. Spieth caught up with three victories, including the third leg of the career Grand Slam at the British Open.

Thomas had the best finishing kick.

He won his first major at the PGA Championship. He won at the TPC Boston by outlasting Spieth on the back nine. The FedEx Cup title came down to the last day, and at one point, Thomas and Spieth were projected to tie, which would have meant a sudden-death playoff to decide the $10 million bonus. That was unlikely to happen, but fun to contemplate, even for Thomas when he saw the projections on a video board.

“I think I laughed when I saw it,” Thomas said. “I thought, ‘Honestly, this probably will happen and the golf world will completely blow up and lose its mind if Jordan and I were in a playoff for the FedEx Cup.’ I don’t think anybody would have known what to do with themselves.”

Thomas was a birdie short of winning the Tour Championship, though the FedEx Cup title was never in doubt over the last three holes.

In the 11-year era of the FedEx Cup, he joined Spieth and Tiger Woods as the only players to win the FedEx Cup in a season with at least five victories and a major.

The awards already are rolling in. Thomas clinched the points-based award from the PGA of America as player of the year. Ballots were sent out Monday to PGA Tour players for their vote, and there’s little doubt how that will turn out. Thomas also won the PGA Tour money title with just over $9.9 million.

Along the way, Thomas ticked off plenty of goals. He had kept them to himself on his phone, not willing to disclose them until the season was over. It ended on Sunday at East Lake when he was runner-up for the first time in his PGA Tour career, and it was enough to capture the FedEx Cup.

He pulled out his phone and began to read them when the screen switched over to an incoming phone call from his grandfather.

“Hey, Grandpa, can I call you back? I’m in the middle of a press conference,” Thomas said.

— Be in the final two groups of a major on Sunday (U.S. Open, PGA Championship).

Hey, he can’t have it all. But he has plenty this year, the least significant of which might be the $10 million bonus.

Cash only matters to Thomas when he loses a bet.

The difficulty is what that list looks like next season. Thomas said when he finally gets time to reflect after this week’s Presidents Cup, he’ll spend time with Spieth and Woods — two players he knows well who can appreciate big years — and ask them how to reset goals and manage expectations.

“And then we will go off to Malaysia again,” he said.

That’s where the winning started this season. The outlook no doubt will be different a year later.