From tee to green with Titleist 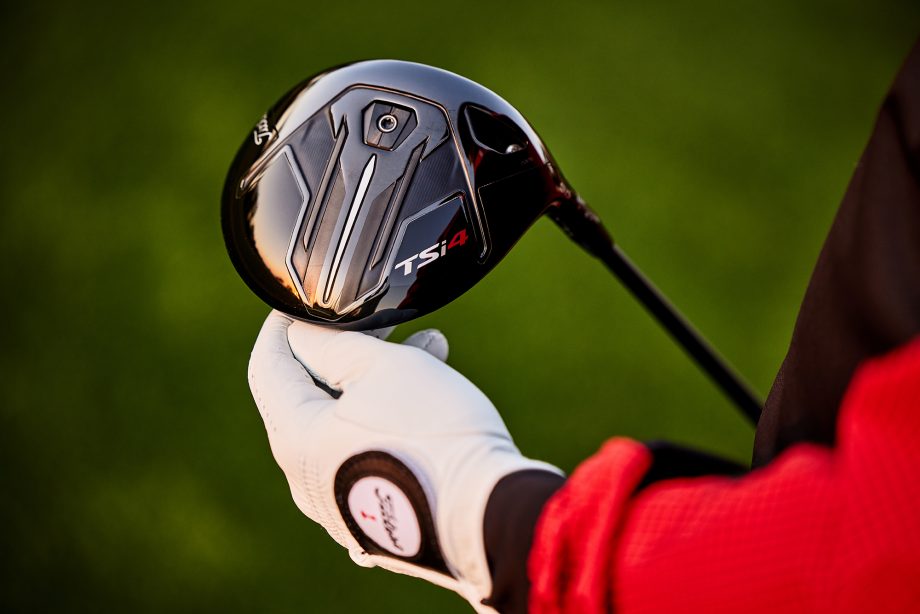 Titleist has been an iconic brand in golf for decades now but with its 2021 line-up it’s showing no signs of slowing down.

The brand – whose national fitting headquarters is located at Eagles Nest Golf Club, just north of Toronto – is the official equipment sponsor of not only the national team program, but also of the National Amateur Championships and the NextGen programs.

“Trust is earned over time and really, at the heart of it, is performance. Our mission is to help golfers perform better,” says Brett Porath, the director of Club Fitting for Titleist. “That’s all through the design process, the fitting process… just trying to see how we can help a golfer hit it longer, hit it straighter, and score lower.

Titleist’s line-up of gear – from drivers through to golf balls – have all been engineered and tested to get the best out of the people who decide to put them in play. New for 2021 is a rock-solid line of gear that, from tee to green, gives golfers an opportunity to feel better with their games.

Not only that, but there are some special additions to Titleist’s off-course luggage line that, when we’re able to travel again, will make a welcome inclusion to anyone’s closet.

THE NO.1 BALL IN GOLF

You really can’t start talking about Titleist without mentioning it’s golf-ball line first – it’s been the top ball in golf for a number of years for a reason, specifically the Pro V1 and Pro V1x.

The changes made to the 2021 Pro V1 and Pro V1x, per Frederick Waddell, the senior manager of golf ball management for Titleist, are worth being excited about. There is a new dimple pattern, softer cover technology, new casing-layer material, and a re-formulated core.

“All of these things are working in concert to deliver longer distance, more short-game spin and control and softer feel for every golfer,” says Waddell. “Long distance off the tee, everyone wants that. And (the balls) deliver that. But with control into and around the green, too.”

While Titleist as a handful of other balls in their line suited for players of all levels – and conscious of all budgets – and even in some fun colours there is a “specific reason” for each to exist, Waddell says.

“We know for some golfers… we know they’re not going to spend a certain amount of money or they are looking for something very specific for an attributes standpoint, so we have other models,” says Waddell.

No matter the ball a golfer selects, getting fit for the right one is something that’s not often thought about – but definitely worth taking the time to do according to Michael Rich, the senior manager of golf ball fitting.

“By eliminating that variable from your game it’s going to help you be more confident and shoot lower scores,” says Rich. “No one wants to put a good swing on the ball and not get the result they think they deserve.

TAKE IT LONG WITH TSI

Although golfers mostly associate Titleist with golf balls, its line of clubs has not-so-quietly become some of the most played on major Tours around the world – and trusted by more weekend golfers, too.

Josh Talge, the vice president of marketing for Titleist golf clubs, admits that his team as a lot to live up to when it comes to reputation thanks to the golf-ball team, but it’s a great challenge for him.

The team has been built over the last decade and now boasts over 70 people – many of them with PhD’s or advanced degrees in mathematics. Titleist leans into that next-level knowledge to make the best clubs it can.

For 2021, the big story for Titleist is with its line of woods, the TSi. TS, the previous line, was a huge step forward for the brand a few years ago and the team was even more inspired than ever to drop something even better.

“It’s faster through the air, longer off the tee, and straighter down the fairway,” says Talge. “It’s kind of those three things that any golfer would be looking for.”

From weekend warriors to Tour players, the first thing they’ve all done is take the drive and put it down on the ground. Their first thought, Talge says, is, ‘man, this looks good’ and then they start hitting it, Talge says, and all they can say is, ‘wow.’

The new TSi line of drivers boasts ATI 425 Aerospace Titanium – a material the team found coming off the de-classified list in the U.S. It was coming out of projects that NASA and the U.S. military were working on, including on the Mars Rover. That special material allows for the new driver (which no other company is using) to be more stable and has allowed Titleist to max out speed and distance.

As far as options go, there are four in the TSi line – all appropriately numbered as such. There’s a different shape for each and a little bit different performance benefits, Talge says, but the key is to get fit and see which driver is right for you.

“We believe so deeply in fitting,” says Talge, “and that’s how you’re going to maximize your performance.”

GET FIT, GET BETTER

Whether it’s getting fit for one of those new TSi drivers or a golf ball, Titleist believes that golfers can get even better when they’ve got the right equipment dialed into their needs.

The brand is coming up on 100 years, nearly, in the golf space and even though they are using some space-age materials in their clubs, they do go back to the basics when it comes to kicking off a fitting session.

Porath, who has been one of the leads in the club-fitting department at Titleist for a number of years, says it’s a common misconception that golfers aren’t good enough to have a fitting.

He says that is “absolutely not true.”

“If you’re starting out the fitting is not going to be as detailed – we won’t try to dial in spin to 100 RPMs – but that’s not the point,” says Porath. “It’s about getting clubs that increase the likelihood of hitting great shots more often and ingraining good habits in your game.”

There are a good number of options for golfers when they start to lean into Titleist’s line of clubs (and golf balls) but there is a reason for that, Porath explains. The focus is laser-like on performance, and sometimes that means giving golfers a wide selection of tools to maximize success.

“If we were trying to come out with the simplest, easiest-to-sell line it probably wouldn’t be as broad as it is. But take wedges, if you want to help people score better then you’re going to have different bounces, different grinds, and different options,” says Porath. “There’s an example of our focus on performance. It manifests itself in the products we come out with.”

With your new golf clubs and balls, you’ve got to carry them somewhere, right?

Luckily Titleist also has a fresh line of golf bags for this year – the new model is called the Players 4 Plus – with four key enhancements.

And don’t think they’re skimping on the details.

Sean Slater, the senior product manager for Titleist golf gear says they’ve spent a good chunk of time making sure the zippers (yes, the zippers) and pockets are performing their best.

Just like golfers trusting Titleist for the performance of its clubs and balls, the same can be true for its bags. Slater says durability is not something they’ve ever been willing to compromise – even when Titleist entered the ultra-lightweight space in 2020 with the Titleist Ultra Light stand bag.

And when travel is OK again, don’t ignore Titleist’s new line of professional travel gear – it’s a high-end luggage assort geared to the dedicated golfer is keen to show they are a Titleist brand loyalist off the course.

With everything Titleist has on offer from clubs, balls, and gear, it’s easy to see why so many Canadians are trusting Titleist to help them look and play their best.