Furyk trying to make most of rare absence from British Open 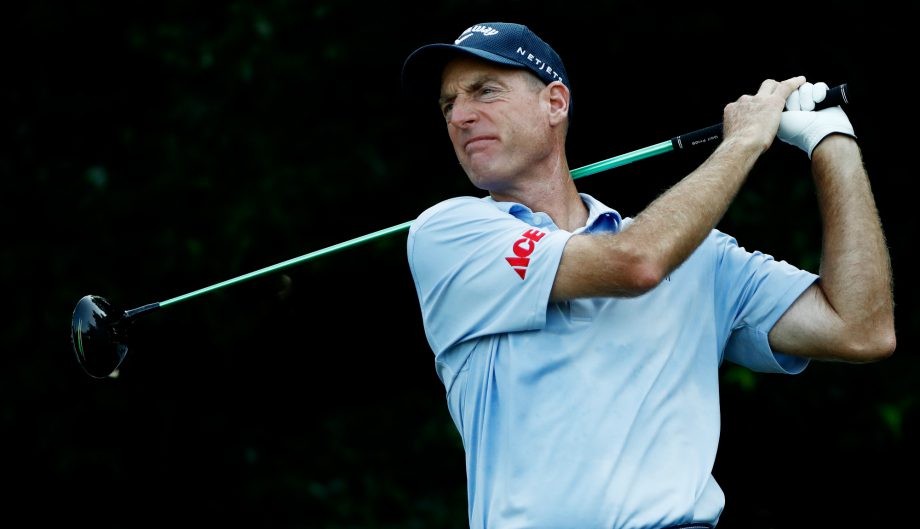 Jim Furyk would ordinarily be playing in the British Open this week.

Instead, the 47-year-old former U.S. Open champion is 4,000 miles away at the Barbasol Championship trying to improve his standing for the FedEx Cup playoffs. It’s the first time Furyk hasn’t been eligible for a major since the 1995 British Open at St. Andrews in just his second full year on the PGA Tour.

“I’ve got no one to blame but myself,” the 17-time PGA Tour winner said Wednesday at Grand National. “I’ve had some shining moments since last summer but since I’ve come back from (wrist) surgery, I haven’t played consistent.”

Furyk missed six straight cuts after a sixth-place finish at Sea Island in November. Now, the Ryder Cup captain is ranked 142nd and needing to move into the top 125 to make the playoffs with four events remaining after this week.

Furyk did fare better at the U.S. Open (23rd) and Travelers Championship (26th).

He didn’t compete the last three weeks while he and his family went on a long-planned river cruise in Europe. He was hoping to stick around for the British Open at Royal Birkdale, where he shared fifth place in 2008 and fourth in 1998.

Furyk wound up missing the field and was left choosing between playing in Reno, Nevada, early in next month or at Grand National, part of the Robert Trent Jones Golf Trail. He’ll have to be content with checking out the scores from the Open in the evenings while enduring Alabama’s steamy conditions during the day.

Furyk talked to other players about the course and checked past results to see which playing style seemed to fare best. He opted for Grand National.

“It was easier from a travel perspective but I think for my game it sounded like this golf course might suit me a little better,” he said after finishing a pro-am round. “After playing it for two days … it seems like a place that if I play well, I should have an opportunity to score pretty well.”

Furyk is one of five major champions in the Alabama field, including Davis Love III, Angel Cabrera, Retief Goosen and Y.E. Yang. The winner gets in the PGA Championship but not the Masters.

Love would also no doubt rather be playing in Southport, England, this week. But the trip to Alabama does let him go against son Dru Love for the third time.

“It’s great, probably until we get started in the tournament, then I’ve got to work really hard to beat him,” said Davis Love, who won the 1997 PGA Championship. “There’s so many of these young kids now that hit it so far and play so well. It’s another generation coming out trying to knock the old guys out.”