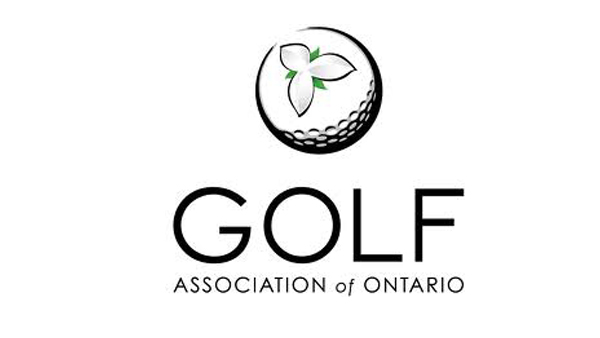 UXBRIDGE, ON — Since 2004, the Golf Association of Ontario (GAO) has annually taken the opportunity to recognize individuals within the local golf community, who have demonstrated a commitment to amateur golf in the province. For 2014, five names will be added to the wall. The new honourees are: Randy Millage, Bill Swartz, Sandy Billyard, Kevin Haime, and Mark Seabrook.

Since 2004, 61 members have been added on the Wall of Recognition and now five more truly deserving names will join them.

More About The 2014 Honourees

Millage got involved in junior golf in the 1980s, as his children began to play the sport. He started a junior program at Tamarac Golf & Country Club in Ennismore, before becoming the junior convener at the Peterborough Golf & Country Club. Millage also helped launch the Durham-Kawartha Junior Tour, the Ontario Junior Masters Series and brought American Junior Golf Association events to Ontario.  In 1997, Millage became a certified rules official and has marshaled Golf Canada, PGA of Ontario and PGA Tour Canada events. He has also served as associate governor of the Royal Canadian Golf Association.

Swartz began playing golf early and won many tournaments as a junior in Ontario. His skill earned him a golf scholarship to North Carolina State University where he played on the team for four years. In 1982, Swartz captured the Ontario Amateur Championship and followed it with the Canadian Amateur in 1984. Swartz later played as a professional earning an Ontario PGA Tour win and went on to play on the PGA Tour. Swartz returned to amateur status and continued to compete in provincial championships and represent the province in competitions.

Billyard has been involved in many aspects of golf throughout his life. He won the 1973 Ontario Junior Championship, was part of the 1973 Willingdon Cup winning team and was runner up at the Canadian Junior Championship in 1974. In 1976, he took part in the Canadian Open. From 1974-76 he attended the Ohio State University before continuing on to Indiana University from 1976 to 1978. Billyard won numerous invitational tournaments in both Canada and the United States. In 2000, he built Hunters Pointe Golf Club, in Welland, and remains the club’s President. He returned to provincial competition in 2011 at the Ontario Senior Championship and represent Ontario at the 2012 Porter Cup.

Haime currently owns and operates the Kevin Haime Golf Centre and Kevin Haime Golf School in Ottawa. Haime was a successful amateur golfer who attended the University of Illinois on a golf scholarship. After university, Haime turned pro and opened his first practice facility at the age of 26. He was named Canadian PGA Zone Teacher of the Year in 1997, 2000 and 2009 and the 2000 Canadian PGA National Teacher of the Year. The National Post also recognized him as a Top 10 Teacher in Canada in 2005. Haime served as Canadian PGA Zone President in 1998 and 1999. That position helped him spearhead programs like the Clubs 4 Kids Junior Golf Charity Program and the Junior Challenge Tour. Haime’s work with juniors led to a 2007 Outstanding Contribution to the Game of Golf recognition by the Canadian PGA. In 2008, The Kevin Haime Junior Golf Initiative was created, and has since granted over 200 golf memberships to high-end private golf clubs.

Seabrook was the president of the National Golf Course Owners Association (NGCOA) Canada for the first five years of its existence. He helped to create many programs with the association that are still in existence today. He was also the first Canadian to be on the Executive Board in the United States.  In 1992, Seabrook helped create a program similar to the ‘Smart Buy Program’ in the U.S. Later, he and the Ottawa Valley Golf Association, formed the Golfmax Purchasing Program, an association that brought together owners and represented their interested on a national scale. He has helped expand the NGCOA Conference and helped to bring Canadian content into the fold. In 2002, he was honoured by the NGCOA with the Don Rossi Award for significant and long-lasting contribution to the NGCOA. Seabrook is currently the Owner/General Manager of the Canadian Golf & Country Club.

ABOUT THE GOLF ASSOCIATION OF ONTARIO

The Golf Association of Ontario (GAO) is Ontario’s Provincial Sport Organization focused on enhancing participation, elevating performance and supporting the passion of golfers in Ontario. With over 100,000 individual members and 450 member clubs, the GAO is one of the largest golf associations in the world.  From rating courses and keeping the integral rules of the game intact, to growing the game at the grassroots level and getting the game of golf into our school systems, to keeping the Ontario golf community aware of all relevant issues and hosting the best amateur tournaments in Canada, the Golf Association of Ontario is a passionate group dedicated to making golf better for everyone in Ontario. We share a love and passion for golf, while preserving its past, fostering its future, and championing golf’s best interests for everyone who enjoys the sport.