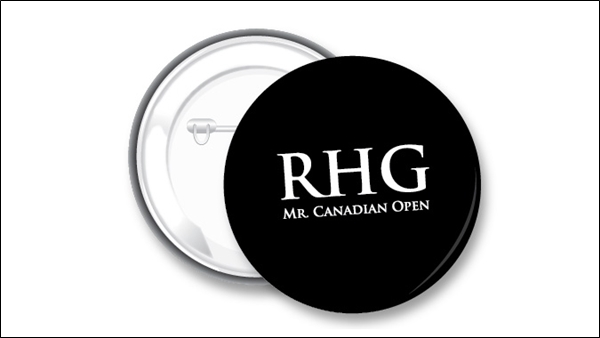 The Golf Association of Ontario will honor Canadian golf legend Richard (Dick) H. Grimm who passed away late May by distributing a commemorative pin with Grimm’s initials (RHG) on it to competitors and volunteers at provincial championships throughout the season.

“The Canadian golf industry truly lost one of the cherished ambassadors of our game and a treasured member of our collective family,” said GAO Executive Director Steve Carroll. “We are humbled to honor one of the game’s greatest by wearing his initials on our shirts, hats or golf bags during the 2014 season.”

Born in Chicago, Illinois, Grimm immigrated to Canada in 1948, earned the nickname “Mr. Canadian Open” thanks to his involvement in the event from 1965 to 1993. He used his skills as a salesman, promoter, official and fan to make the event what it is today. He was a key mogul in the development of Canadian golf and was inducted into the Canadian Golf Hall of Fame in 1993.

The entire Canadian golf community is mourning the loss of Richard (Dick) Grimm who passed away on May 26, 2014 at the age of 91.