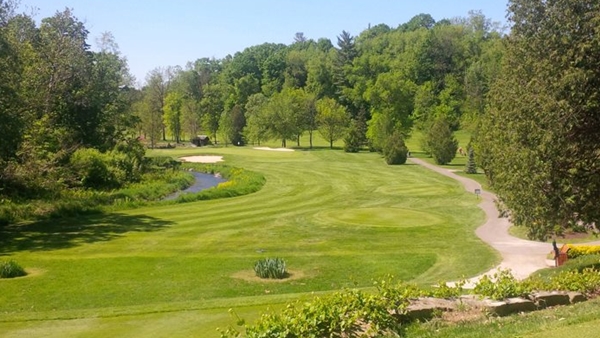 The Club at North Halton

UXBRIDGE, Ont – The Golf Association of Ontario (GAO) has announced its 2014 tournament schedule that will again feature some of the best golf courses in Ontario.

Kicking off the schedule is the Men’s Better-Ball Championship on May 15 at Oakdale Golf & Country Club in Toronto.

“I think we have strong clubs lined up for 2014, especially for our major events,” said Director of Rules and Competitions Dave Colling.

The GAO is also pleased to return to Northern Ontario at the Timberwolf Golf Club, just outside of Sudbury, for the Investors Group Junior Boys’ Championship, July 15-18. The Junior Boys’ event will feature final qualifying this year, similar to what has been used with the Men’s Amateur.

This year, both the Men’s and Women’s Amateur Championships will take place at the same time, July 8-11, in the same area. The Brampton Golf Club will welcome the ladies, while The Club at North Halton in Georgetown will host the men. A pair of changes to the Women’s Amateur Championship in 2014 are that it will be a 72-hole event, a first for the tournament, and there will be a reduction in the eligible handicap from 12 to 8.4.

The GAO is also returning to Eastern Ontario with the Bantam (U15) Boys’ and Girls’ Championships at the Canadian Golf and Country Club in Kanata. There will be off-site qualifying for this event at three different courses.

The 2014 Juvenile (U17) Boys’ and Girls’ Championships will be run as part of the Ontario Summer Games August 8-10 at Roseland Golf and Country Club in Windsor. This year’s field has been expanded to include 90 players, 60 boys and 30 girls.

Finally, the George S. Lyon Team Challenge, September 2 at The Club at Bond Head, reverts to an open format in 2014 after a senior tournament in 2013. The event will continue to alternate between the two formats in future years.

Registration and qualifying info is set to go live on gao.ca at noon on Jan 27.