Garrick and Saunders in front at Canadian Men’s Amateur Championship 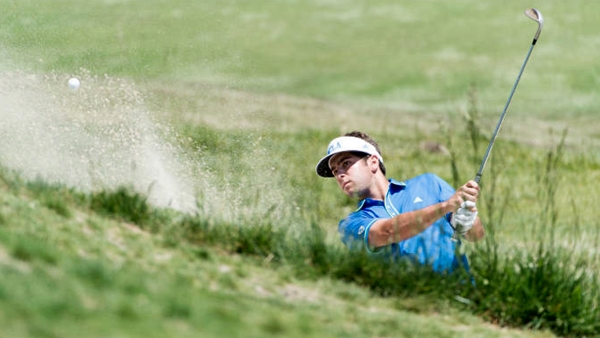 The American duo played opposite courses Tuesday and share top spot on the leaderboard at 8-under 134 thru 36 holes of play.

New Mexico’s Saunders carded the low round of the day at Southwood, firing a 5-under 67 during the afternoon flight. The Albuquerque native’s scorecard was highlighted by an opening 3-under 33 front-nine and a closing birdie on the par-5 18th hole.

“I just sort of played steady all day, I made two bogeys on the back nine on both the par-3’s and I actually birdied the next hole both times so that was good to keep my momentum going,” Saunders said. “I didn’t ever get into a lull in my round where it was too slow, so I just kept steadily making birdies all day and ended up 5-under.”

Playing at Elmhurst, Garrick of Atherton, Calif. continued his solid play from the first round carding a 2-under 68. The only blemish on the UCLA Bruins’ scorecard was a double-bogey on the par-4 16th hole before closing with a 2-under 33 back-nine.

“Today I got off to a good start, I eagled I think the fourth or fifth hole and then made a double after that and turned at even-par,” said Garrick “ On the back I gave myself some opportunities and made a couple more birdies coming in.”

A trio of players lead the way for the Canadian contingent in a tie for third including Team Canada’s Corey Conners of Listowel, Ont. who carded a second round 2-under 68. Conners hopes to continue his strong play heading into the final 36 holes after a runner-up finish at this championship last season.

“I was pretty disappointed last year, so I want to make sure I don’t do anything silly and and jeopardize winning the tournament,” Conners said. “Basically the plan is to stick to my game plan and just stay relaxed, take it one shot at a time and do my own thing.”

Blair Hamilton of Burlington, Ont. and Winnipeg’s Bret Thompson share third place alongside Conners at 6-under par. Hamilton and Thompson both posted 4-under 68’s at Southwood to soar up the leaderboard on Tuesday.

In the Willingdon Cup team competition, Team Ontario’s squad of Conners, Taylor Pendrith of Richmond Hill, Ont. and Chris Hemmerich of Kitchener, Ont. captured the title by eight strokes. The Team Canada trio carded a 2-under 138 second round team total to finish the championship at 9-under 275 ahead of Alberta’s A.J. Armstrong of St. Albert, Banff’s Jack Wood and Tyler Saunders of Sturgeon Country.

For a full field list as well as starting times, live scoring and post-round results for the 110th playing of the Canadian Men’s Amateur Championship, click here.