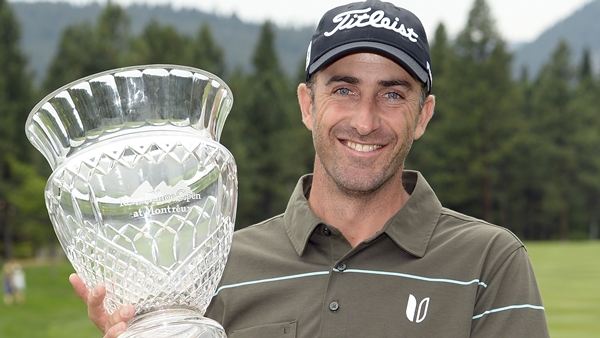 RENO, Nev. – Geoff Ogilvy won the Barracuda Championship on Sunday for his eighth PGA Tour title and first since 2010, scoring five points with an eagle on the par-5 13th and pulling away for a five-point victory in the modified Stableford event.

Players received eight points for double eagle, five for eagle, two for birdie, zero for par, minus-one for bogey and minus-three for double bogey or worse.

The 37-year-old Australian was making his first appearance at Montreux since 2002 after failing to qualify for the World Golf Championship-Bridgestone Invitational. He entered the week with only two top-25 finishes this season and was 151st in the FedEx Cup standings.

He earned $540,000 and a spot next week in the PGA Championship at Valhalla in Louisville, Kentucky.

Justin Hicks was second at 44 points after an 18-point day.

John Huh and Jonathan Byrd tied for third at 37. They each had 11-point rounds.

Nick Watney, three points behind Ogilvy entering the final day after leading after each of the first two rounds, tied for eighth at 34 points. He had three birdies and four bogey in a two-point round.

Ogilvy had 14 points in the first round, 16 in the second and seven in the third.