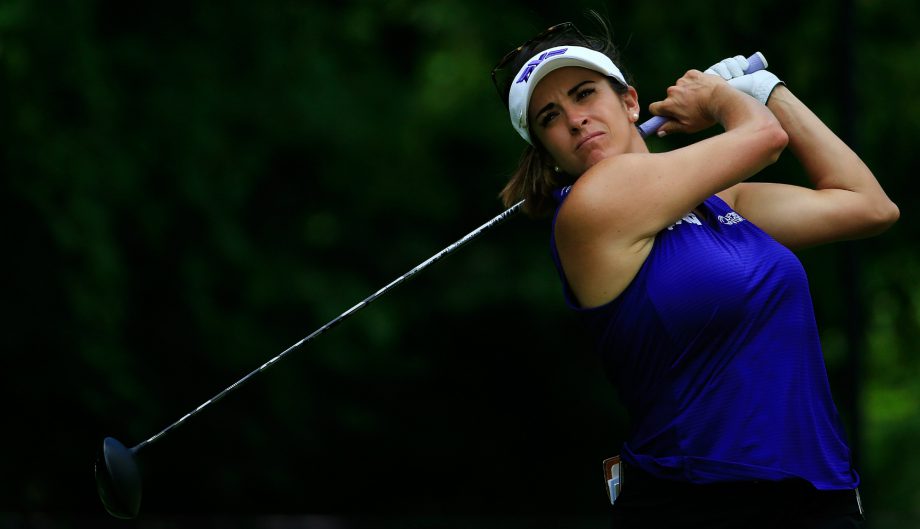 Gerina Piller shot an 8-under 63 on Thursday in the Marathon Classic to take a one-stroke lead over U.S. Women’s Open champion Sung Hyun Park and Peiyun Chien.

Winless on the LPGA Tour, Piller had nine birdies and a bogey in the first round at Highland Meadows. The American birdied the first three holes and four of the first five.

“Got off to a good start and got the putts rolling,” Piller said. “To be honest, my ball-striking didn’t feel as great coming into this weekend, and the week after a major it’s always tough just because you’re so exhausted mentally. I just went out there and really trusted what I had and just brought it together. My game feels really good right now.”

Park, the South Korean player who won her first major title last week at Trump National in New Jersey, had seven birdies in a bogey-free round.

“My feeling today was so awesome,” Park said. “It was a good start after the major championship, winning. First of all, I need to focus more on the Marathon Classic and want to keep my happiness behind from now on.”

Chien, a LPGA Tour rookie from Taiwan, had eight birdies and a bogey.

“The golf course is narrow,” Chien said. “It’s very tough first shot because you need to play a cut or little draw a lot, not just hit it straight. … I changed my playing because I’m always thinking the swing on the golf course, so today I just played freely, tried to find some feeling and play.”

Stacy Lewis, her U.S. Women’s Open chances ruined by a third-round meltdown, had a 69.

Lydia Ko, winless since her victory last year at Highland Meadows, had a 73. She had three bogeys and one birdie.

“When you’re not hitting the ball fantastic, it’s not going to be the greatest score,” Ko said. “But there’s always tomorrow. Hopefully, I’ll be able to get a few things better for tomorrow’s round.”

Piller is trying to not get too far ahead of herself.

“Tomorrow is a different day, and I’ll just kind of do the same thing as I did today, go out there and take one shot at a time, as cliche as it sounds,” Piller said. “But you’re not going to win it on Thursday, Friday or Saturday, so it’s going to take all four rounds.”