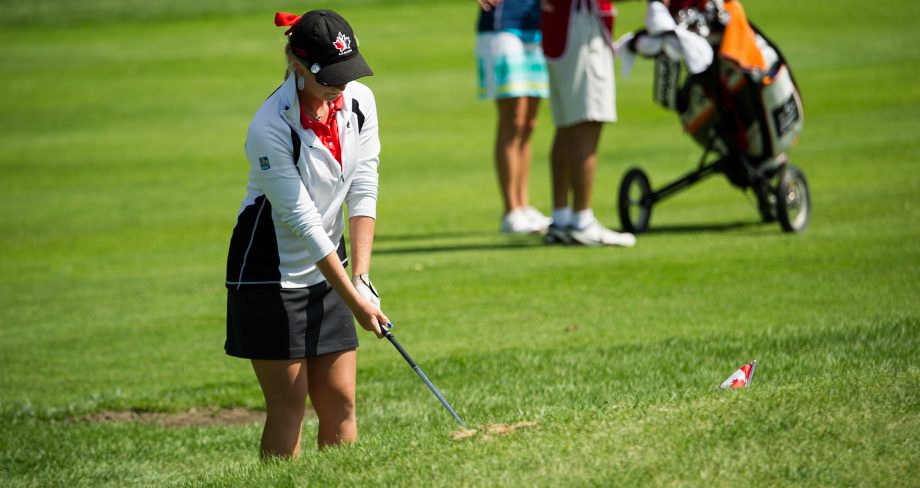 In Canada we are blessed with beautiful landscapes and a seemingly endless choice of fantastic golf courses but we have a much shorter season than most of us would like. While not ideal, this hiatus allows time in the off-season for the short-term results to be less important.

One of the best changes you can make in the winter is to your grip because of the time it takes to become comfortable. For the majority of players, a strong grip (positions not pressure) produces a right to left shape and a weaker grip produces a left to right shape. However, Hall of Fame members who were faders of the golf ball often had a strong grip, which flies directly in the face of this information.

The correct grip is much more than how many knuckles are visible and an often overlooked angle at address could be your way to have improved positions at impact. There will be some experimentation here to see what works for you and I would encourage you to work with your PGA of Canada professional to make this fast and efficient.

In these two pictures above featuring Team Canada’s Maddie Szeryk, you will see two grips (A & B) that are viewed as being strong (three knuckles clearly visible). While these two grips look similar in terms of knuckles they have the potential to produce different flights based on the angle created between the lead arm and the hands.

Now let’s look at photos C and D. The positions at the top look different (wrist angles and clubface orientation) because they have maintained the highlighted angle that was created at address. In picture C the wrist angles mirror those at address in picture A and you can see the difference between this clubface and the clubface in picture D (D is functionally more closed).

If both of these swings return the club with a relatively flat left wrist at impact (one of golf’s few non-polarizing points of instruction) then the face would point in two very different positions at impact. The face has the most influence over the start line of the ball and is critical to achieving the desired direction.

There is no universal grip that is perfect for everyone but there is one grip that works best for you. Think not only about the amount of knuckles showing but also the angle between the lead hand and the club.

As you will likely be indoors, a mirror can be your best friend in trying to recreate these positions both at address and at the top. One of these may feel very foreign to you but it may also be the key to getting your ball started in the direction you want. Practise creating the angle you desire by thinking of your normal shot type and recreating the one you need.