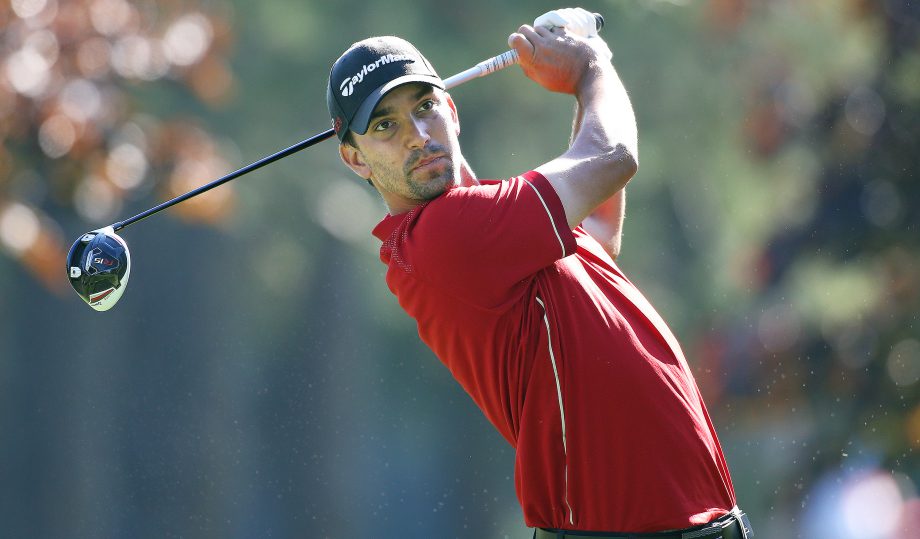 EDMONTON – Delaware, Ohio’s Tim Ailes shot a 7-under 65 on Thursday at Gledale Golf and Country Club to take the first-round lead before play was suspended due to dangerous weather at the Syncrude Oil Country Championship presented by AECON, the seventh event of the 2016 Mackenzie Tour-PGA TOUR Canada season.

The 43-year old Mackenzie Tour rookie hit just five fairways on the day but managed to hit enough greens to break out of a funk that has seen him miss his last three cuts on the Mackenzie Tour.

“I hit some good shots out of the rough close. My fellow competitors made a comment after I hit my second shot on 18 and said, ‘you played well out of the rough today,’” said Ailes with a laugh, adding that he’s been working hard in recent weeks. “You keep putting in the hard work and waiting for it to be about time, and it finally showed its head today.”

Currently the oldest Mackenzie Tour member in the field, Ailes carded six birdies and an eagle on the day to lead by one over five players. 42 players were left to complete their first round when play was suspended due to dangerous weather in the area at 6:14 p.m.

Among the players a shot back were Alberta’s own Riley Fleming, who was 6-under with two holes to play in round one, and 2012 ATB Financial Classic champion Michael Gligic, who claimed victory the last time the Mackenzie Tour played in Edmonton.

“I think it might be Alberta in general. Maybe it’s the thin air and the ball goes farther or something,” said Gligic, a native of Burlington, Ontario. “I’ve played pretty well in Edmonton and Calgary, and I don’t know what it is but I’m going to keep riding it.”

The 26-year-old currently ranks seventh on the Order of Merit and can move as high as second with a win this week. Hec is coming of finishes of T2 at the Players Cup and T4 at the Staal Foundation Open presented by Tbaytel.

“I’ve just kind of minimized some of the mistakes,” said Gligic when asked about his recent streak of strong play. “Earlier on in the year I had a big miss, a right shot I couldn’t get rid of. It would kind of pop out a couple of times each round and get me in trouble. I’ve kind of gotten rid of that and worked hard on my swing, and rolling the putter pretty good.”

Tied with Fleming and Gligic were England’s David Skinns, who finished the day at 6-under 66, as well as Auburn, Alabama’s Will McCurdy, who was 6-under with five holes to play in round one.