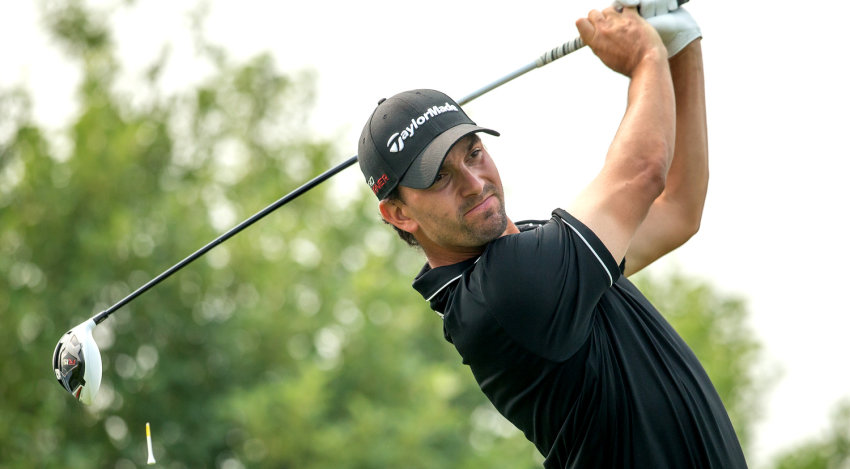 THUNDER BAY, Ont. — Burlington, Ontario’s Michael Gligic shot a 5-under 67 on Friday at Whitewater Golf Club to take the 36-hole lead at the Staal Foundation Open presented by Tbaytel, the sixth event of the 2015 Mackenzie Tour – PGA TOUR Canada season.

The 25-year old was bogey-free on Friday, reaching 13-under par and leading by one over Listowel, Ontario’s Corey Conners and Ostego, Minnesota’s Clayton Rask with two rounds in the books in Thunder Bay.

“I think I’m 13-under and I’ve made 15 birdies in two days, which isn’t something you do a lot, so the game is feeling pretty good and I’m rolling the ball well,” said Gligic, who owns one Mackenzie Tour win at the 2012 ATB Financial Classic and finished 11th on the Order of Merit last year. With two rounds to go, however, the Tour veteran wasn’t getting ahead of himself after his solid second round.

“Like I said yesterday it’s a long tournament and a marathon, not a sprint. We’re only halfway done and there’s a long way to go,” said Gligic.

Rask, who leads the field with 17 birdies through two rounds, carded seven birdies on day two to offset two bogeys, while Conners moved up the leaderboard with birdies on his final two holes to sit one off the lead. The 23-year old, who finished runner-up at the U.S. Amateur last year and played in the 2015 Masters Tournament, is without status on the Mackenzie Tour, but can change that with a solid finish this week.

The top three non-members on the Order of Merit after this week will earn conditional status for the remainder of the season, with Conners currently sitting fourth in a tie for 56th overall on the season-long money list. Adam Svensson and Christopher Trunzer, who occupy the top two spots, aren’t playing this week, and Conners can pass No. 3 Justin Shin, who missed the cut, with a solo 20th place finish or better.

“Having status would be pretty nice. I’m not even sure what I need to do to get that, but I’m just going to try and play well and see what happens,” said Conners.

Two shots back of Gligic at 11-under were Matt Marshall and Mike Van Sickle. Sweden’s Krister Eriksson set the new course record at Whitewater Golf Club with a 10-under 62 and was four back at 9-under through 36 holes.