Golf and curling – a family affair 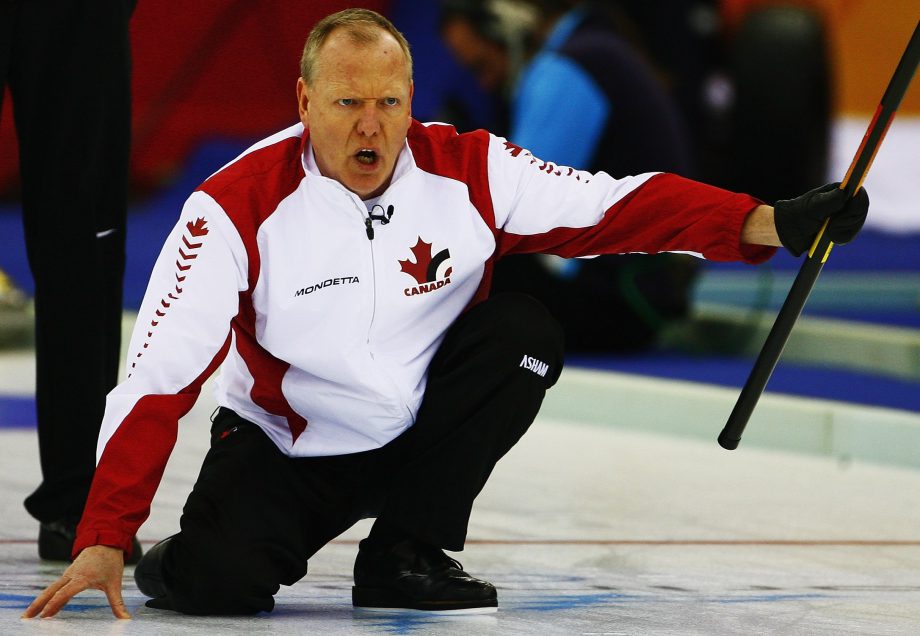 ***This story was originally published in February of 2016

If you have ever played Turnberry or Royal Troon on Scotland’s Ayrshire coast and observed the uninhabited island of Ailsa Craig looming far out in the Firth of Clyde, you have witnessed a close connection between golf and curling. Those courses have played host to Open Championships and, for centuries, Ailsa Craig’s unique granite has been quarried to create most of the world’s curling stones.

But that connection is just geographical and coincidental.

The two sports have a much closer and multi-faceted relationship here in Canada. Thousands of recreational players enjoy both in their respective seasons. Some Canadians are not only among the best curlers in the world, but pretty good golfers as well.

The complementary seasonality of golf and curling in this country is obvious, says Bob Weeks, TSN’s expert on both sports, but the parallels don’t stop there. “If you’re a golfer in Canada and you don’t go south, curling is a great way to pass the winter. The cultures of both are very similar, very social. You can go and play with your pals and have a drink after in a club setting.”

If anyone understands the symmetry between golf and curling, it is Weeks. Thanks to a father who loved both sports, he has participated in both for most of his 55 years, not only as a player but as a journalist. “Right now, I am a 15 handicap from the blue tees at Weston Golf Club [his longtime home club in Toronto] and, to put it in golf terms, about a 7 in curling. I was always a better curler than golfer. I would say I was scratch at one point.” In fact, he competed in six provincial championships as well as on the pro circuit for a number of years.

Last year, he ended his 30-year tenure as the editorial director of SCOREGolf and his 25-year involvement with the Ontario Curling Report to take on his new responsibilities at TSN. He has written books on both sports.

One of those books was Hurry Hard: The Russ Howard Story. Howard may be the most recognizable name in Canadian curling, both as a champion and broadcaster, but few may know he was the head professional at Brooklea Golf and Country Club in Midland, Ont., for several years before moving to New Brunswick.

“Our dad owned the driving range across the road from Brooklea, so we spent literally days there picking balls, cleaning balls, hitting balls,” recalls his younger brother, Glenn, who has remained in the Midland area. “Golf was our first love and then Dad got us into curling.”

Having been exposed to both sports for a lifetime, Glenn sees many similarities. The technical aspect, for one. “Dad was a stickler for technique, whether it was golf or curling. He said if you had the right fundamentals, you could always trust them when you were under pressure.

“And, of course, you have so much time to think between shots in both. They’re not reactionary sports like basketball or hockey or baseball. That’s what can get in your way in both—that six inches between your ears—and that’s what separates a good player from a great player.”

Another common theme is that, like Weeks and the Howards, just about every Canadian curling golfer—or golfing curler—says they were introduced to the sports by family.

Mike Harris is both an Olympic silver medallist in curling and a PGA of Canada member who has been the head pro at notable clubs including North Halton and Donalda in Ontario and Banff Springs in Alberta. Now 48, he has been playing both sports since he was nine, thanks to encouraging parents.

Currently unattached to a golf club, he is focusing on what he readily admits is his “first love”—curling—not only in competitions, but as a coach for the Scottish Curling Federation and as CBC’s curling analyst.

Perhaps because of his deep involvement over many years, Harris understands the challenges facing both sports. “There are undeniable demographic similarities in golf and curling. The question is how do you make them younger, more inclusive, more diverse?”

Weeks is blunt: “There’s a stigma that they are top-heavy with older white males. They have to push to become younger, widen their reach, look to the future.”

Morgan Court, consultant for the PGA of Canada, plays lead on Allison Flaxey’s rink from Listowel, Ont. A curler since age nine (introduced to the game by family, of course), she came to golf in her 20s.

She is well positioned to understand that changing family structures and dynamics, combined with more ethnic diversity, means those traditional family connections aren’t providing enough new golfers or curlers to revitalize the sports.

“Absolutely, there could be synergies between the two sports. Both have taken steps to get into schools, although golf is much farther ahead at this point. The PGA of Canada and Golf Canada are really pushing the new Long Term Player Development 2.0 program while curling has somewhat embraced it. And curling clubs don’t really have pros or instructors the way golf clubs do. So there is still lots of work to do.”

Harris and Weeks cite the addition in 1998 of curling as an Olympic sport as helping to elevate the sport’s profile in Canada and internationally. They surmise the same might happen to golf as it returns to the Olympics this summer for the first time since 1904.

Historically, the participation and popularity of curling and golf have ebbed and flowed according to socio-economic, cultural and other factors. In contrast to those earlier episodes, however, their respective governing bodies are developing strategies to help keep both viable and flourishing long-term.

One encouraging sign, a nod to a time-honoured sporting tradition, can be seen in some golf clubhouses and curling clubs these days. An Ontario-based company has begun marketing Triple Bogey and Hurry Hard brands of beer to those respective outlets.

Several curlers, other than those mentioned above, are or have been involved in golf at a significant level. Here are a few examples.

According to Bob Weeks, “Alberta’s Kevin Martin skipped his team to a gold medal at the 2010 Olympics, and is part owner of a golf course in Palm Springs, Calif. It actually hosted a Canadian Tour event. Martin’s team had a sponsorship from Callaway for a while. Mark Dacey of Nova Scotia, a Brier winner, was the PGA of Canada pro at Fox Harb’r for a few years.”

Wayne Middaugh of Victoria Harbour, Ont., is a three-time world curling champion, a PGA of Canada member and the general manager at Port Carling Golf and Country Club. His wife, Sherry, is a past Ontario curling champion.

Greg Balsdon, who was on the 2013 Canadian Mixed Curling Championship winning team, is the curling manager and associate golf professional at Glendale Golf and Country Club in Hamilton.

Two-time world and Brier champ John Kawaja, born in Chandler, Que., spent three decades working for TaylorMade-adidas in Canada and the U.S. until he left his position as executive vice-president in 2015.