Golf and family: an unbreakable bond 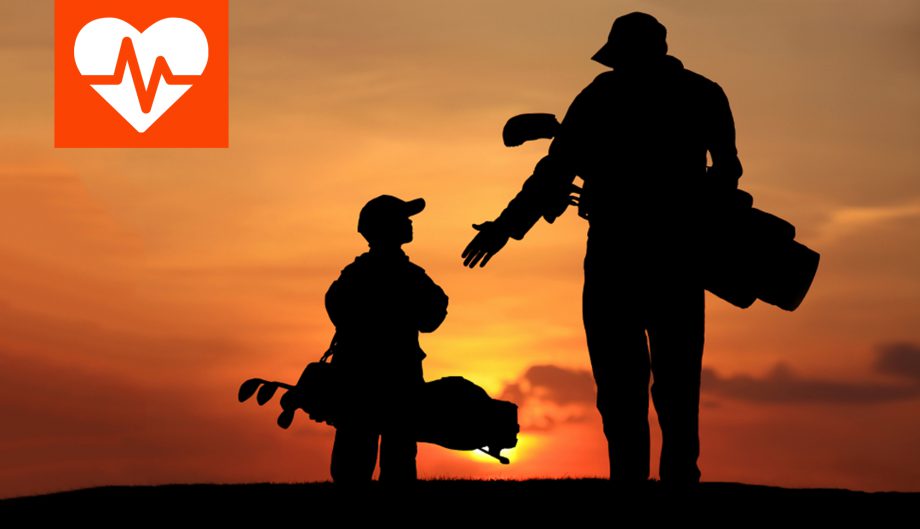 Father’s Day presents some interesting scenarios for me, a man who lost his father far too soon. Eventually, that void was filled in many ways by the man who became my father-in-law. I was in my mid-30s before my wife and I had the first of our three children. Not too long after, I was covering U.S. Opens, where the final round always falls on Father’s Day.

The common thread is golf and family, with the notable exception that my father never played the game and I didn’t take it up until my early 30s. But bear with me. The reason I started to play was that my in-laws, both golfers, gave my wife and I clubs. That started my addiction, one that led to me getting into golf writing. It changed the course of my life.

As much as I have been blessed to have a career in golf, the sport has meant more, much more, in a family sense.

My in-laws, my wife and I played many rounds together, followed by drinks and dinner. When the grandchildren reached the appropriate age, we organized the “Super Gramps Invitational” every summer. The extended family played nine holes and returned to the cottage for a bonfire and barbecue. Quips and barbs, but no prizes, were exchanged. No prizes, that is, except the permanent trophy which was always awarded, no matter what his score, to “Super Gramps.”

Our son now is 30, about the same age I was when I took up the game. He’s been playing, off and on, for most of his life. He was the first grandchild to play in the Super Gramps Invitational. One of my dearest memories is of three generations—he, his grandfather and me—playing together. He is passionate about golf, almost as much as he is about his wife, who also enjoys the game. They golf a lot together.

Our younger daughter and her fiancé both worked at a golf club for a couple of summers and golf whenever the opportunity presents itself.

My wife and I have played with them all, separately and together, to reconnect, to catch up on their busy lives. We all treasure the experience.

A month ago, our older daughter presented us with our first grandchild. As a memento, I gave him a copy of my Kids Book of Golf. Part of the inscription went something like this: “Dearest Carson, I hope we get golf together and, when I am gone, you think of me whenever you play the game.”

There is a reason golf is called “the game for a lifetime.” And, hopefully, beyond, in a legacy sense.

Golf has had a profound impact on not just my career, but on my family.

While it may not be a central theme to your life, trust me when I tell you that golf forms a bond that ties together a family as nothing else, let alone a sport, can.

I look forward to being the centrepiece of the “Patriarch Pro-Am” or the “Senator Scramble” some day. An event where everyone wins. But only I am guaranteed the trophy.

Perhaps we will schedule it for Father’s Day.