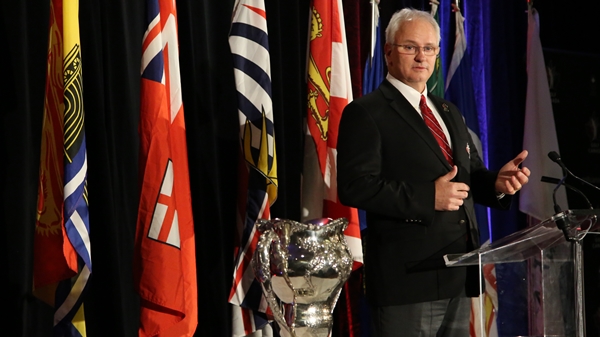 “It is with great pride and humility that I assume the post of 112th President of Golf Canada,” said McLean. “It was an honour to have served as First Vice-President under Doug and to have witnessed first-hand his tremendous leadership and unequalled dedication to our game. I would like to thank him and the Board for their trust and I look forward to working with our members and stakeholders to further grow our game and promote excellence in our sport.”

Annual Report & Strategic Plan
Click here for Golf Canada’s 2014 Annual Report including a recap of the past season as well as the association’s 2014 Financial Statements.

Click here for Golf Canada’s One Vision Strategic Plan, outlining the key activities that Golf Canada is focused on as the National Sport Federation and governing body for golf.

Golf Canada’s Annual General Meeting has historically been an important week in the lead up to the coming competitive season. In addition to appointing its new president and members to the Board of Directors, the association presents details of its strategic plan and gathers with key stakeholders from the provincial golf associations as well as a number of national association partners.  The AGM also celebrates key accomplishments from the previous year and provides the association a forum to discuss issues and opportunities facing the Canadian golf industry.