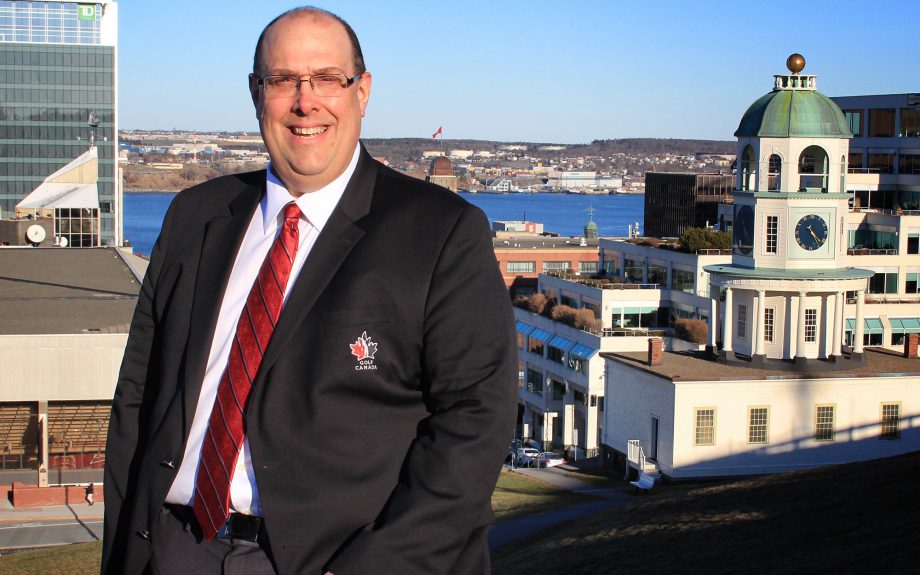 HALIFAX – Roland Deveau of Bedford, N.S., was inducted as Golf Canada’s 113th president at the conclusion of the National Sport Federation’s Annual General Meeting this past weekend in Halifax.

“I’m humbled and privileged to assume the presidency of Golf Canada,” said Deveau shortly after his induction. “I’d like to thank and salute Mr. McLean as well as all our previous leaders who have worked tirelessly to grow the game and promote excellence in our sport with grace, dignity and commitment. Our organization has a tremendously rich history. I thank my fellow Board members for enabling me this opportunity to work with our members and industry stakeholders as we write our next chapter.

“We live in an astonishing country who loves golf. We are Canada’s most played sport with nearly 5.7 million Canadians teeing-it-up each year. But, we have and will always face challenges. It’s the responsibility of golf’s leaders to adapt to the modern reality that our society is changing. It’s time for all of us, as an industry, to be positive about golf and work collaboratively. We must target juniors, women and minority groups who haven’t traditionally been involved with our sport. That is how we will continue to be Canada’s most popular sport and I invite all those passionate about golf to join us.”

Click here to read Golf Canada’s 2015 Annual Report, which includes a recap of the past season, as well as the association’s 2015 Financial Statements.

Click here for Golf Canada’s 2016 Strategic Plan, outlining the key activities that Golf Canada is focused on as the National Sport Federation and governing body for golf in the country.

Golf Canada’s Annual General Meeting is an important week in the lead up to the 2016 golf season. In addition to appointing its new president and members to the Board of Directors, the association presents details of its strategic plan and gathers with key stakeholders from the provincial golf associations and a number of national association partners.  The AGM also celebrates key accomplishments from the previous year and provides the association with a forum to discuss issues and opportunities facing the Canadian golf industry.