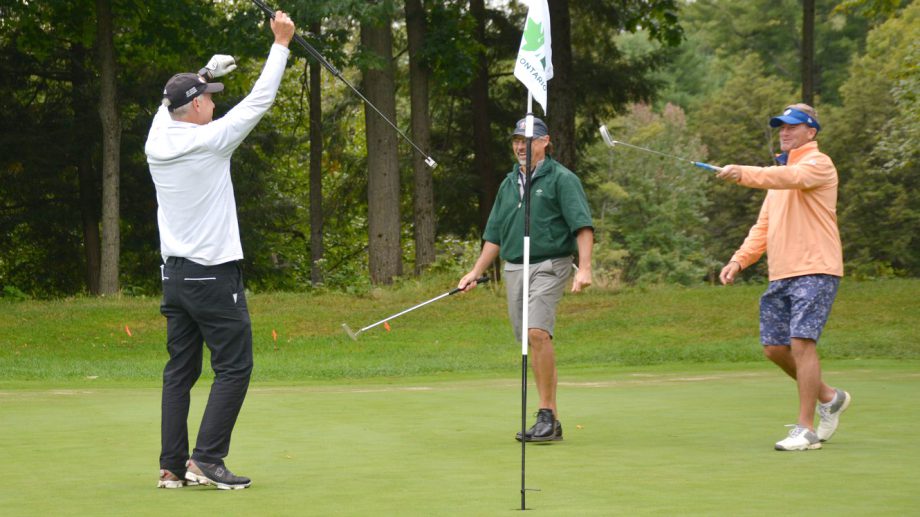 Although restrictions put in place to slow the spread of COVID-19 initially wreaked havoc on the golf season, Laurence Applebaum said this season showed the sport’s resilience in Canada.

The Golf Canada CEO looked back at the shortened 2020 season on Wednesday as encroaching winter weather started to wind down recreational play across the country.

“What an incredibly strange and challenging year,” said Applebaum. “Golf has been a silver lining, a bright light, call it what you may, in giving people a bit of a break from the pandemic.”

The LPGA Tour was one of the first professional sports associations to be affected by the coronavirus pandemic, forcing the women’s professional circuit to cancel its Asian swing and then many more events in North America.

Canada’s two professional tournaments – the RBC Canadian Open in June and the CP Women’s Open in September – had to be cancelled. The Mackenzie Tour, a third-tier men’s tour that plays across Canada, also had its season shelved.

Golf Canada also had to cancel all of its national championships, with many provincial bodies having to postpone or drastically alter their events.

In late March Applebaum urged recreational golfers in Canada to follow the advice of public health officials, even if that meant staying off the course.

“We were cautious and we were coming into a situation with so many unknowns,” said Applebaum. “Looking back, I’m proud of the way the entire industry came together.

“I’m proud of the way the operators in particular handled play. The golf clubs, the golf club operators and owners did an exceptional job.”

Golf, however, was able to seize the moment as COVID-19 restrictions loosened across Canada for the summer.

Record numbers of recreational rounds were registered with Golf Canada through June (1.2 million), July (1.6M), and August (1.5M), as people took advantage of being able to remain physically distant but social.

“We’re going to look back on 2020 and say ‘amongst all challenges, amongst a lot of really difficult situations for so many people, golf was a bright light that we built from,”’ said Applebaum.

“I feel really lucky, I feel quite fortunate to be a part of that movement.”

Another bright spot has been the play of Canada’s male professional players, once the PGA Tour and Korn Ferry Tour resumed their seasons.

Five Canadians were in the top 125 in the world by the end of September, led by the solid play of Mackenzie Hughes, who was No. 48 in the world. Adam Hadwin (62), Corey Conners (72), Taylor Pendrith (118) and Nick Taylor (121), also rounded out the Canadian contingent.

Pendrith earned his world ranking by virtue of being second on the feeder circuit Korn Ferry Tour’s rankings.

On the women’s side, Brooke Henderson returned to dominant form after a seven-month break from competitive play. She moved up to fourth overall in the world rankings, making her the highest-rated Canadian player of either gender.

“It’s a moment that swells the heart of our golfer nation with pride,” said Applebaum. “It continues to amaze me how passionately the country follows our Canadian golfers.”

Applebaum also noted that Golf Canada and the Golf Canada Foundation were able to give back to the community with a COVID-19 Golf Relief Fund announced in late July.

He said on Wednesday that more than $400,000 was raised for the initiative that has two main steps. The first is that the relief fund subsidizes non-medical personal protective equipment for golf course employees, as well as sanitization, hygiene, and protective material expenses. It also subsidizes rounds of golf for front-line workers as well as juniors.