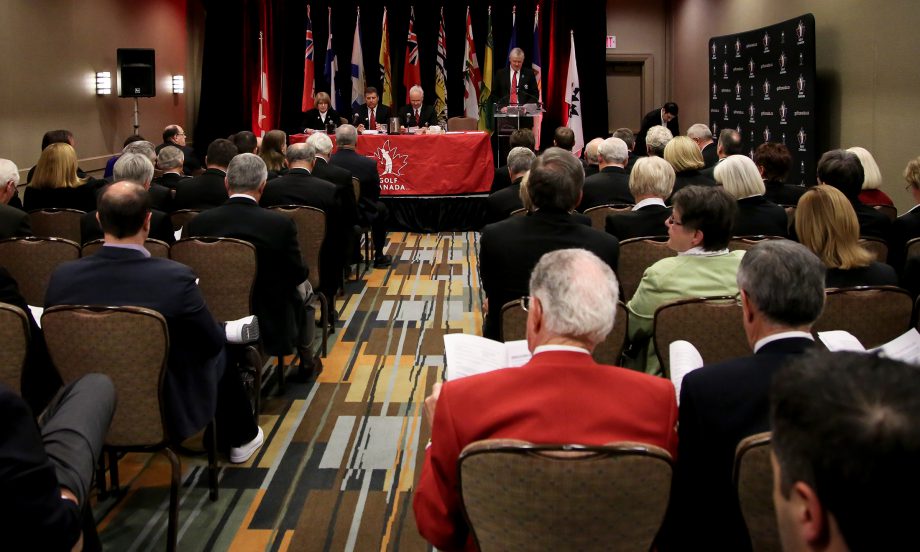 HALIFAX – Golf Canada’s 2016 Annual General Meeting (AGM) is set for this week (February 25-27) at the Prince George Hotel in Halifax.

The event will bring together Golf Canada’s Board of Directors, committee volunteers and staff, as well as representatives from Canada’s provincial golf associations and stakeholders from within the golf industry. The group will assemble for three days of meetings, presentations and discussion in preparation for the upcoming golf season.

The Annual General Meeting will culminate with the appointment of Roland Deveau of Bedford, N.S., as the National Sport Federation’s 113th President. His induction will take place during an official ceremony on Saturday, February 27 at the Prince George Hotel. Deveau will succeed 2015 President Paul McLean of King Township, Ont., in leading Golf Canada’s Board of Directors.

Golf Canada will also present both its Volunteer of the Year Award, as well as its Distinguished Service Award(s) to honour and acknowledge a collection of individuals for their outstanding contributions to the game of golf in Canada.

A copy of Golf Canada’s 2016 Strategic Plan is available here.