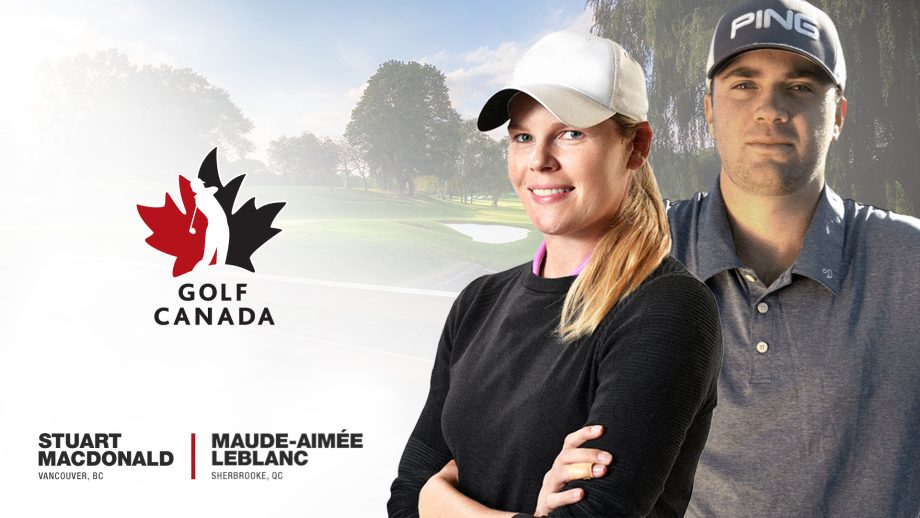 Golf Canada is pleased to announce the 12 professional athletes who have been selected to receive support through the Team Canada Young Pro Squad in 2022.

The expansion of the program to support more professional athletes is aligned with Golf Canada’s enhanced support of the High-Performance Program with a goal to advance 30 Canadian athletes to the LPGA and PGA TOUR by 2032.

The 2022 Women’s Young Pro Squad will welcome a pair of new additions in Selena Costabile (Thornhill, Ont.) and Maude-Aimée LeBlanc (Sherbrooke, Que.), along with returning players Jaclyn Lee (Calgary, Alta.) and Maddie Szeryk (London, Ont.). Golf Canada is also pleased to welcome back Rebecca Lee-Bentham (Scarborough, Ont.) who rejoins the Young Pro Squad after a brief hiatus from her professional golf career. The selection criteria for 2022 was expanded on the women’s side to recognize the more significant impact of COVID-19 on professional playing opportunities in the women’s game.

“Expanding the roster of Canadian athletes and revising the Young Pro Squad selection criteria to support more players in their path to the LPGA and PGA Tour is an extension of the enhancements introduced to our High-Performance program and the continued support we are grateful to receive from Golf Canada Foundation trustees and our Team Canada supporting partners,” said Golf Canada Chief Sport Officer, Kevin Blue.

Now in its ninth year, the Team Canada Young Pro Squad supports aspiring professional golfers move up the ranks on the developmental tours with the ultimate goal of putting more players on the LPGA and PGA TOUR. Since the inception of the Young Pro Squad in 2014, current and former team members have accounted for 50 wins across various professional golf tours including PGA TOUR wins by Mackenzie Hughes and Corey Conners, as well as a record 10 LPGA Tour wins by Brooke Henderson.

Funding for the program comes in large part from the Golf Canada Foundation and Trustees who are generously supporting through major gifts. In addition, robust support is provided by founding partners RBC and Canadian Pacific, as well as supporting partners Citi Canada and Bear Mountain Resort – the Official Training Centre of Golf Canada’s National Team program.

The Golf Canada Foundation is also proud to announce Maude-Aimée LeBlanc and Stuart Macdonald as the recipients of the Emerging Professional Player of the Year Award, presented by Andrew Cook. In recognition of their notable results and improvement in 2021, each received $10,000 towards their continued development in professional golf.

In 2020 Andrew Cook, a proud Trustee of the Golf Canada Foundation, and past President with Golf Canada, established the $20,000 annual fund to recognize a top male and top female emerging Canadian professional golfer. Previous recipients include Taylor Pendrith, who graduated from the Young Pro Squad program after securing his PGA TOUR card in April 2021, and Maddie Szeryk who earned her LPGA Tour card in December 2021.

“We are very pleased to name Maude-Aimée LeBlanc and Stuart Macdonald as the Emerging Professional Players of the Year,” said Martin Barnard, CEO of the Golf Canada Foundation. “We are incredibly grateful to Andrew Cook for his continued support in impacting the lives of young professional athletes as they pursue their goals.”

LeBlanc, a former member of the Team Canada Amateur Squad who came out of retirement in 2021 and earned her LPGA Tour card through strong results on the Epson Tour, notched nine top-10 results with two runner-up finishes on the season. With a renewed passion for the game, she finished sixth on the Epson Tour money list to successfully secure her 2022 LPGA Tour.