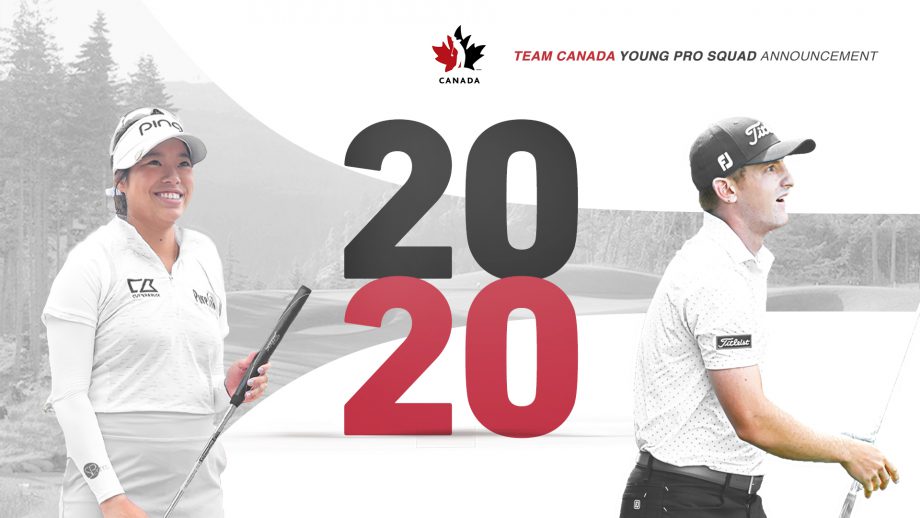 OAKVILLE, Ont. (Golf Canada) – Golf Canada is pleased to announce the nine athletes who have been selected to the 2020 Team Canada Young Pro Squad.

Now in its seventh year, the Team Canada Young Pro Squad helps to bridge the gap for top-performing amateurs transitioning into the professional ranks. Since the inception of the Young Pro Squad in 2014, current and former team members have accounted for 43 wins across various professional golf tours including PGA TOUR wins by Mackenzie Hughes and Corey Conners as well as a record nine LPGA Tour wins by Brooke Henderson.

New for 2020 is the amount of coaching the Young Pro Squad will receive. After talking with past players, one of the areas Golf Canada was committed to improving on was the amount of contact time with coaches. That time will double in 2020.

Men’s and Women’s National Squad coaches Derek Ingram and Tristan Mullally will provide coaching to their respective Young Pro athletes. Both Ingram and Mullally are PGA of Canada members and Ben Kern Coach of the Year past recipients.

Golf Canada is also pleased to announce the addition of Team Canada assistant coaches Jennifer Greggain (Chilliwack, B.C.) on the women’s side and Andrew Parr (London, Ont.) on the men’s side who will provide coaching support to athletes on the Amateur Squads. Greggain, the 2018 PGA of Canada Jack McLaughlin Junior Leader of the Year, brings an accomplished competitive resume including two years as a member of the LPGA Tour while Parr, a PGA of Canada apprentice professional and Team Canada graduate played professionally on both the Mackenzie Tour and European Tour.