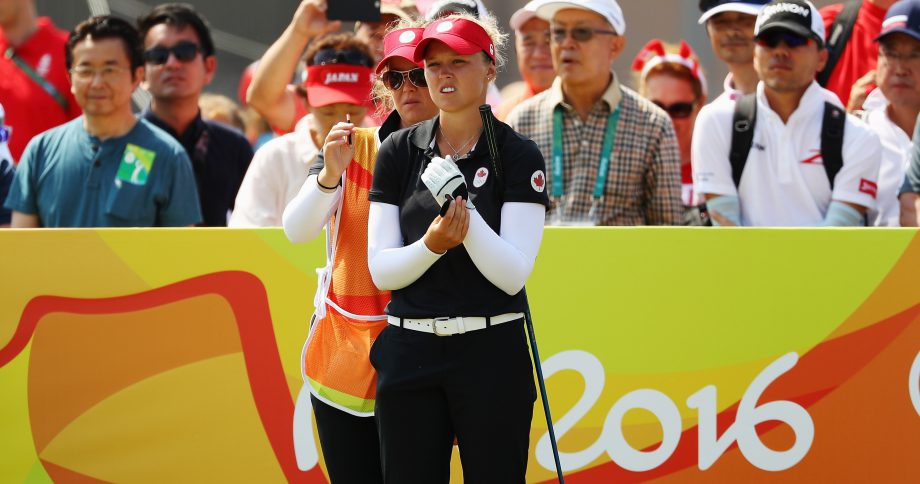 Fifteen years ago, golfers didn’t have to worry about making the Olympics. The sport hadn’t been featured at a Games since 1904 when Canada’s George Lyon won gold.

But since golf returned to the fold for the 2016 Rio Olympics, it’s been a priority for Derek Ingram and the rest of Golf Canada’s high performance team. In fact, Ingram has been preparing for the 2020 Tokyo Olympics since the last Summer Games ended.

“Canadians are super patriotic and they love sport. Our athletes on the PGA Tour and the LPGA Tour are no different. They love it. You think they don’t want to be like Sidney Crosby?” Ingram, the head coach of Canada’s men’s team, said on Thursday from Winnipeg. “In that respect, the Olympics have gone from not on the radar at all to probably one of their top four or five events and as time goes along it may become No. 1 or 2.”

Qualifying players for the Olympics – the men’s tournament is July 30-Aug. 2 and the women’s event is Aug. 5-8 – can be tricky but the format will benefit Canada.

A total of 60 players will play in each gender’s 72-hole, stroke-play tournament, with qualification based on world rankings. The top 15 players of each gender can play, with a limit of four golfers per country. The remaining spots will go to the highest-ranked players from countries that do not already have two golfers qualified, with a limit of two per country.

The International Golf Federation also guarantees that at least one golfer from the host nation – in this case, Japan – and each geographical region (Africa, the Americas, Asia, Europe and Oceania) will qualify. The fields will be set based on the world rankings on June 22, 2020 (men) and June 29, 2020 (women).

In practice, that will make for a relatively weak field that Canada’s golfers can take advantage of.

If this week’s rankings were used, the United States men’s golf team would consist of world No. 1 Brooks Koepka, No. 2 Dustin Johnson, fifth-ranked Tiger Woods and sixth-ranked Bryson DeChambeau. No other Americans would be able to play, eliminating 24 of the top 60 players in the world. Similarly, Great Britain would be represented by world No. 3 Rory McIlroy, No. 4 Justin Rose and Paul Casey would squeak in as the 15th-ranked golfer in the world. All other Britons would miss out.

That means the Canadian’s men’s team, based on current rankings, would be Adam Hadwin of Abbotsford, B.C. (No. 64) and Corey Conners of Listowel, Ont. (No. 87). Although both are out of the top 60, they would get “pulled up” by all the Americans, Brits, and other players who are ineligible because their country’s allotments are full.

On the women’s side, Brooke Henderson of Smiths Falls, Ont., would represent Canada as the ninth-ranked golfer in the world. Hamilton’s Alena Sharp is the next highest ranked Canadian at 125th but with 44 players from South Korea ineligible to play after that nation’s top four have qualified, she rockets up the qualification charts. That’s before eliminating golfers from other powerhouse countries like the U.S., Thailand, or China.

A challenge that all teams will face is preparing for the Olympic course at Kasumigaseki Country Club., a private course in Saitama, Japan, that most golfers haven’t seen. Ingram and Tristan Mullally, the head coach for Canada’s women’s team, plan on travelling to Japan in the fall to scout it out for their players.

“It’s not down the street, they can’t take a trip down there on a Monday of a PGA TOUR event and play 18 holes and get to know it. It’s a bit of a hike,” said Ingram with a laugh. “We have to be prepared as we can be. That’s doesn’t mean the player and the caddy and their coaches won’t do their due diligence when they get to the event and have lots of time but it’s nice to have a little bit of background information or a lot of background information. It just makes it a little bit easier when they get there.”