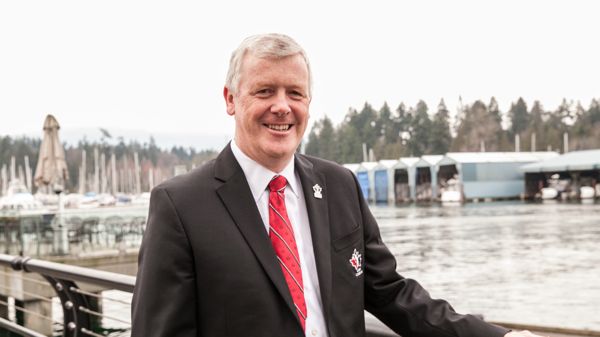 “I am privileged and deeply honoured to be appointed the 111th president of this storied Association,” said Alexander. “As a golf enthusiast and long time volunteer, I believe that our organization, working in partnership with our members and industry stakeholders will continue to do great things to grow participation and excellence in our sport. I want to thank the Board of Directors for the trust and confidence they have shown in my leadership and I look forward to helping Golf Canada accomplish great things in 2014.”

Alexander, MacLean and Deveau will lead Golf Canada’s 2014 Board of Directors which also includes Charlie Beaulieu of Lorraine, Que., Leslie Dunning of Calgary, Liz Hoffman of Thornhill, Ont., Nick Marrone of Toronto and  Don MacKay of Bracebridge, Ont. as well as immediate past President Michael Carroll. New Board members joining in 2014 include Rob MacDonald of Winnipeg, Man. and Pat Thompson of Kelowna, B.C.

A word from our President

Click here to read the acceptance speech given by incoming Golf Canada President, Douglas Alexander at our 2014 Annual General Meeting.

Created in 1993, Golf Canada’s Distinguished Service award has been awarded annually to recognize individuals who have made outstanding contributions to the game of golf in Canada. This year’s recipients are long time golf volunteer Barbara Allan of Kingston, Ont. and the late Norm Woods of Kitchener, Ont. – founder of both GolfScene magazine and the Golfscene Junior Tour.

Click here for more information on Barbara Allan and the late Norm Woods.

Sandra Craig of Calgary was recognized as Golf Canada’s Volunteer of the Year for 2013. It marked the seventh year for this initiative which recognizes individuals in the golf community whose tireless efforts and dedication help to grow the game in Canada.

Congratulations to Diane Dunlop-Hebert of Montreal on being named an Honorary Life Governor with Golf Canada. Dunlop-Hébert served as Golf Canada’s 109th president in 2012.

Click here for a link to Golf Canada’s 2013 Annual Report including a recap of the past season as well as the association’s 2013 Financial Statements.

Click here for link to Golf Canada’s One Vision Strategic Plan, outlining the key activities that Golf Canada is focused on as the National Sport Organization and Governing Body.

Golf Canada’s Annual General Meeting has historically been an important week for Canada’s National Sport Organization and governing body for golf.  In addition to appointing its new president and members to the Board of Directors, the association presents details of its strategic plan and gathers with key stakeholders from the provincial golf associations as well as a number of national association partners.  The AGM also celebrates key accomplishments from the previous year and provides the association a forum to discuss issues and opportunities facing the Canadian golf industry.