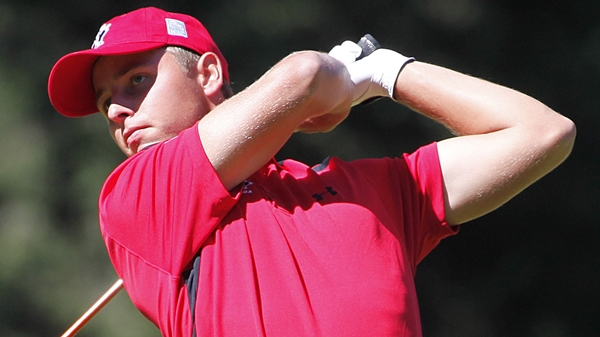 Halifax – SportBox Entertainment Group and the PGA Tour announced a series of players joining the roster for the RBC Canada Cup and Nova Scotia Open, to be held June 30 to July 6 at Ashburn Golf Club – New Course, in Fall River, NS.

Two amateurs will receive exemptions into the Nova Scotia Open, Canada’s only Web.com Tour event. Eric Banks, a former Nova Scotia Amateur Champion from Truro, NS, is coming off of his junior season at the University of Florida where he received the David Toms Award for overcoming adversity to achieve excellence. In the summer of 2012, Banks underwent open-heart surgery at the QEII Health Sciences Centre to repair a defect, sidelining him from golf for nine months. When he returned to golf, Banks remarkably qualified for the 2013 RBC Canadian Open, becoming the first Nova Scotian in 25 years to play in the event.

“It’s an amazing feeling, knowing I will be playing in front of my family and friends in Nova Scotia,” said Banks. “Playing my junior year at college and also playing in the RBC Canadian Open were incredible experiences, but the opportunity to come home and play for the people that supported me on this journey, that will be a memory I cherish forever.”

Svensson, from Surrey, BC, is Canada’s top-ranked amateur after a record-setting season at Barry University where he won seven tournaments and received the Jack Nicklaus National Player of the Year Award for NCAA Division II. He’s also a member of Team Canada – Golf Canada’s National Amateur Squad.

“We are delighted to have Adam and Manuel join the RBC Canada Cup,” said Roger Howard, RBC Regional President, Atlantic region. “Not only are they world class golfers fighting week in and week out for their PGA Tour cards but they will be great hosts to the participants and fans during this exciting exhibition match.”

Hadwin broke through in 2010 and 2011 with strong back-to-back finishes at the RBC Canadian Open, and is off to a career start this season on the Web.com Tour with four top-10 finishes, including his first career win at the Chile Classic. Hadwin is currently ranked 5th on the Web.com Tour’s money list and in position to gain status on the PGA Tour for the 2014-2015 season.

“I always love playing in front of home crowds,” says Hadwin. “We have such great fans and to have an event on Canadian soil during Canada Day week is exciting. I think the entire week is going to be one of the highlights of the season for me. Playing in not only the Nova Scotia Open, but also competing with Mike, Graham and David as part of Team Canada, is an honour and I can’t wait to get out to Halifax.”

Villegas, the product of Colombia and brother of three-time PGA Tour Champion Camilo, has emerged this year as a fan favourite on the Web.com Tour. After four top-25 finishes, including a 4th place finish at the Brasil Champions event, Villegas is ranked 24th on the Web.com Tour money list, and like Hadwin, is also within the current top-25 money leaders. At the end of the 21-event Regular Season the top-25 will be ensured of PGA Tour status for 2014-15 and joined by the top-25 in the four-event Web.com Tour Finals in September.