Gomez wins Sony Open in a playoff over Snedeker 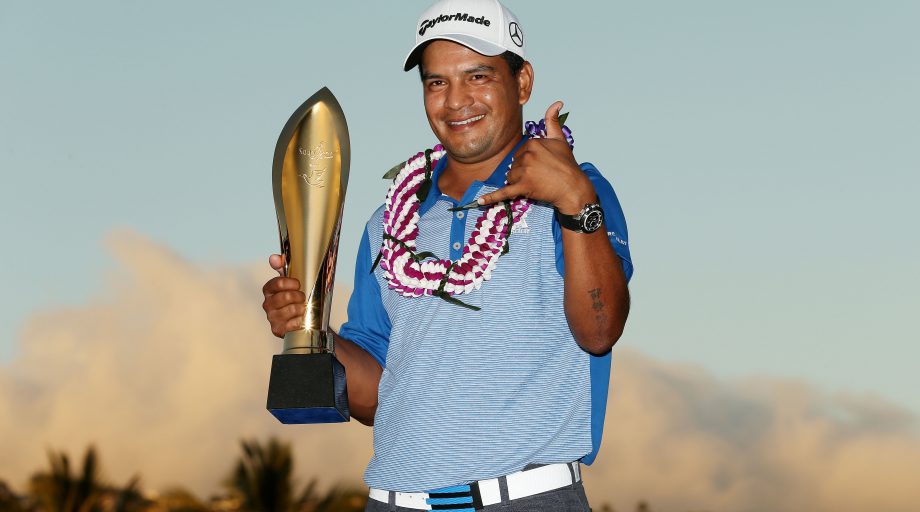 HONOLULU – Fabian Gomez of Argentina closed with two birdies for an 8-under 62, and then made his 11th birdie of the day on the second playoff hole to beat Brandt Snedeker on Sunday in the Sony Open.

Gomez won for the second time on the PGA Tour, and this one was much tougher.

Starting the final round four shots behind, the 37-year-old Gomez ran off seven straight birdies in the middle his round, let Snedeker back in the game with a pair of bogeys, and then holed a 10-foot birdie putt on the 17th hole and a 20-foot birdie from just off the 18th green to finish at 20-under 260.

Snedeker made a 4-foot birdie on the 18th for a 66 to force the playoff.

Zac Blair, who shared the 54-hole lead with Snedeker, had a 10-foot eagle putt on the 18th hole to join them, but it missed on the high side. He had a 67.

On the first playoff hole at the par-5 18th, Snedeker’s 12-foot birdie for the win narrowly missed. Returning to the 18th a second time in the playoff – the hardest fairway to hit at Waialae on Sunday – Gomez went with a hybrid off the tee to stay in the short grass. His 3-iron reached the front of the green and set up a long two-putt birdie.

Snedeker hit driver into a bunker, laid up and hit wedge 10 feet behind the hole. His birdie attempt to extend the playoff slid by to the right.

“It’s frustrating because I couldn’t make putts to win the golf tournament,” Snedeker said. He said leaving his 12-foot putt to win on the first playoff hole “is going to sting today and tomorrow.”

Gomez won the St. Jude Classic last year by four shots and already was in the Masters. This victory will move him just outside the top 50 in the world ranking, greatly improving his chances of playing in the Olympics this summer.

His 62 was the lowest closing round by a Sony Open champion.

Blair saved par from 8 feet on the 16th hole to keep alive his chance, and he almost cashed in with what he called the best 3-wood of his life from 280 yards. “Oh my gosh, that’s so good,” Blair said as he watched it bound forward onto the green to 10 feet. He needed the eagle to join the playoff. It stayed just above the hole.

“One of the best putts I’ve probably ever hit right there on 18,” he said. “Unfortunately, it didn’t go in.”

Si Woo Kim, the 20-year-old from South Korea, was part of a five-way tie for the lead briefly. He closed with one bogey and five parts for a 68 to finish fourth.

Kevin Kisner, playing in the final group for the third time in his last four tournaments, ended his streak of 15 consecutive rounds under par at the worst time. His best putts were to save par until a wild tee shot on the eighth led to double bogey, dropping him five shots behind. Kisner still was in the mix until a bunker-to-bunker double bogey on the 17th ended his day. He closed with a 70 and tied for fifth.

Gomez surged into contention, and then the lead, with seven straight birdies starting with a 12-foot putt on the sixth hole. The Argentine was so dialed in that the next six birdies were all inside 8 feet. But he followed that streak with two straight bogeys, and only the great finish got him into the playoff.

Snedeker and Blair were the only players who stayed with him.

Blair had a share of the 54-hole lead for the first time, playing alongside two of the best putters, and even with that little wiggle in his stance to get comfortable, he rolled it beautifully. He holed a 12-foot par putt on the opening hole and made birdie putts of 35 feet on No. 7, 20 feet on No. 8 and 25 feet on No. 12, the last one giving him a share of the lead when Gomez finally made bogey.

Snedeker came out flat with seven pars and a bogey and twice fell three shots behind. But with birdies around the turn, an 8-foot birdie on the 14th and Gomez making those two bogeys, he was right back in the mix.

He took the lead for the first time all day with a gap wedge he stuffed into 3 feet for birdie on the 16th, but moments later, Gomez made his birdie on the 17th.

In the second tournament since the ban on anchored strokes typically used for long putters, Blair was asked to review his stroke on the 17th before signing his card. He used a fairway metal to putt out of light rough, and a television replay made it look as though the end of the club might have been touching his body.

After a brief review, it was determined the club did not touch his body.