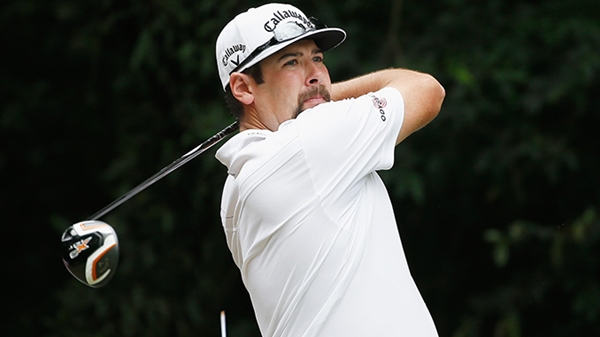 SANDY, Utah – Andres Gonzales shot a 2-under 69 in the final round Sunday to win the Web.com’s Utah Championship by four strokes.

Gonzales, who opened with a 62 in the first round and led after each day, finished at 21-under 263 for his second victory on the tour. He had four birdies in his last round to help overcome a double-bogey on the par-4 13th hole that dropped his lead from five shots to three.

When he stepped up for his tee shot on No. 18, he took a peek at the leaderboard – something he avoided doing all week.

“I saw I had a four-shot lead, so that kind of gave me goose bumps knowing I could do some stuff on the last green and win,” Gonzales said.

His first shot landed above the hole and he two-putted for par to complete the win that made him the first player in Web.com Tour history to win two titles while leading after every round. He also accomplished the feat at the Soboba Classic in 2012.

“I was a little more nervous here,” Gonzales said. “Soboba was the very beginning of the year. This is kind of getting down to crunch time, where we only have five tournaments left before the playoffs start.”

Justin Shin was the top Canadian finisher. He tied for 29th at 9-under 275. Following closely behind was Roger Sloan, who tied for 28th at 8-under 276.