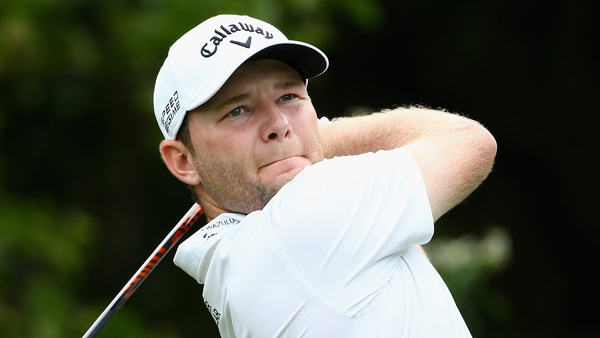 MALELANE, South Africa — Branden Grace had his lead cut to just one stroke at the Alfred Dunhill Championship after shooting a level-par 72 in the third round Saturday, allowing several challengers to close the gap behind him.

Grace had a five-stroke cushion after the second round, but a late surge by Lucas Bjerregaard of Denmark erased most of the advantage. Bjerregaard had an eagle on the 13th and then birdied his last three holes for a 66 to climb to second place.

Grace has a 16-under total of 200, with Danny Willett of England two shots behind after a 67 and Francesco Molinari another stroke back following a 70.

“A couple of the easy holes I managed to make mistakes on,” said Grace, who mixed four birdies with four bogeys. “But I’m in the position I want to be in and looking forward to tomorrow.”

The wind picked up considerably during the third round, but it didn’t seem to bother Bjerregaard, who played his back nine in 6 under.

“We’ve had no wind pretty much all week and it was tough, especially on the first couple of holes, to adjust to that all of a sudden,” Bjerregaard said. “It will be fun tomorrow. It’s not a position that I’ve been in that many times. I’m really looking forward to it and hopefully I can find a couple more fairways and give him a challenge.”