Grace shares lead heading into final round of Qatar Masters 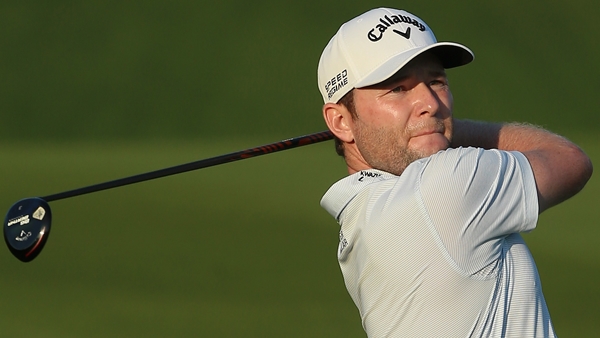 DOHA, Qatar – Branden Grace and Bernd Wiesberger birdied their last holes to keep a share of the lead after round three at the Qatar Masters on Friday.

Scotland’s Marc Warren and Argentina’s Emiliano Grillo would have stood alone atop the leaderboard with 13-under2-3 totals if Grace and Wiesberger hadn’t achieved a final flourish at Doha Golf Club.

They were two shots ahead of England’s Eddie Pepperell (65), Spain’s Alejandro Canizares (68) and South Africa’s George Coetzee (70), and four in front of first-round leader Oliver Fisher of England (69).

Grace’s 4-under round of 68 featured a remarkable birdie after driving into the trees on the fifth hole. He snap-hooked a wedge to six feet to stay in contention.

Wiesberger also carded 4 under, while Grillo shot a bogey-free 5 under to be in contention for his maiden European Tour title.

Warren shot four birdies in his first 10 holes, but bogeyed at the 14th before hitting birdies on the next two to match Grillo’s score for the day.