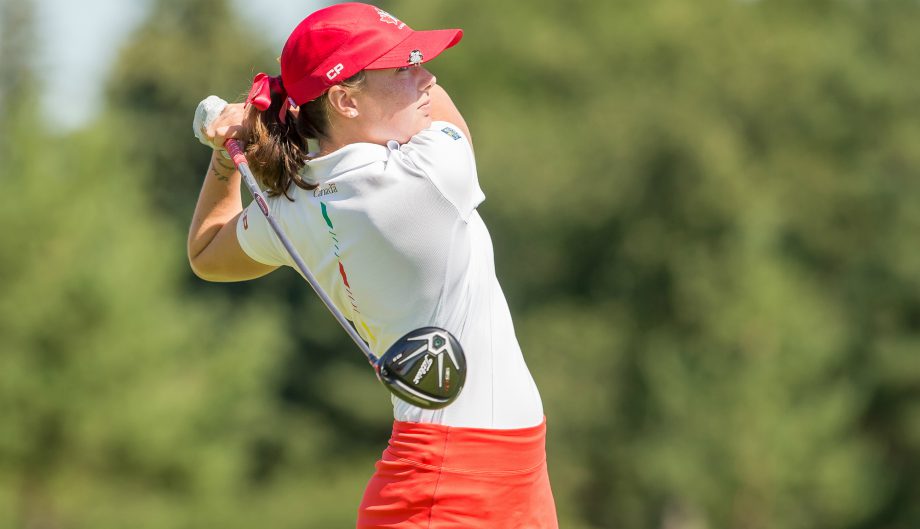 St-Germain’s school, the Daytona State Falcons won the overall team title for a second consecutive year. This is the ninth National Championship in the program’s history and the Falcons fourth in the the last five years.

After a 2-over par opening round (73), St-Germain, a freshman at Daytona State, struggled in the second round, carding a 7-over par 78, to sit T9, after 36 holes. She battled back in the third round, posting a 3-under par 68, the lowest score of the day and was T2 after three rounds.

In the final round Thursday, St-Germain parred her first four holes, then double bogeyed the par-4 fifth. She gained one stroke back the following hole with a birdie on the sixth. After another bogey on the eight, St-Germain posted a 2-over par 38, on her outward nine.

On the back nine St-Germain made two more bogeys, a double bogey, and just one birdie, coming home in a 3-over par 38, to post a score of 5-over par (76) for the day.

The Falcons finished at 55-over par, 14 shots clear of the second place Seminole State College of Florida Raiders, who posted a team score of 69-over par.