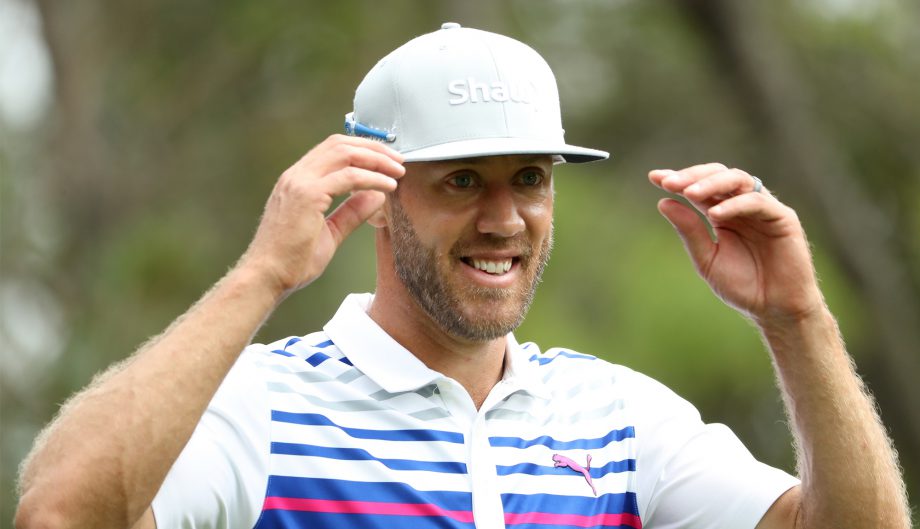 HILTON HEAD ISLAND, S.C. – Bud Cauley took advantage of pristine, windless conditions at Harbour Town Golf Links with birdies on four of final five holes for an 8-under 63 and a two-shot lead Thursday after the opening round of the RBC Heritage.

Cauley hadn’t made many waves at Harbour Town his first three visits with two missed cuts and only one round in the 60s. This time, though, with mild, 70-degree conditions, practically no wind and abundant sunshine, Cauley made eight birdies in a bogey-free round, including three straight to finish with a flourish.

“You never go out thinking you’re going to shoot that,” Cauley said. “I just got into the round and was swinging well and tried to give myself as many looks as I could.”

The 63 was one shy of the 27-year-old Cauley’s career low (62 at the McGladney Classic in 2012) and two off the tournament mark of 61 shared by David Frost and Troy Merritt.

Cauley was two in front of Luke Donald, Graham DeLaet and Sam Saunders, the grandson of the late Arnold Palmer. Russell Henley continued his recent run of top-flight golf with a 66 to join a group that included former U.S. Open winner Webb Simpson and Ian Poulter.

But it was Cauley’s strong finish that led the way. He rolled in a 5-footer for birdie on No. 16, an 8-footer for another on No. 17 and hit a near perfect approach to the usually wind-swept 18th green off Calibogue Sound to inside 12 feet for the two-stroke edge.

While the lack of wind certainly helped, Cauley said his shot selection and game plan coming in were essential in his success. “The last five holes I hit every shot just kind of how I was looking,” he said. “So that was a nice way to finish.”

Cauley hasn’t had the greatest season, missing seven cuts in 12 starts. His best showing was a third at the CareerBuilder Challenge in the California desert. He hopes this start can propel him to bigger things.

Cauley knows he could’ve been elsewhere under different circumstances. He chuckled at pictures of his four good PGA Tour friends, Jordan Spieth, Rickie Fowler, Smylie Kaufman and Justin Thomas, on a spring break jaunt – including a yacht – to Baker’s Bay in the Bahamas. If Cauley continues his strong play at Harbour Town, he’ll have just as good a time as his foursome of pals.

“I had to keep my shirt on today,” he joked.

Donald got the ball rolling with his early 65. The former world No. 1 was frustrated at missing his second straight Masters last week and used it as motivation to once again batter Harbour Town.

“It’s never fun to be sitting at home,” Donald said of the Masters miss. “But in a way, it motivates you. It gets the fire under you and you get a little bit more inspired.”

Donald has finished second four times and third twice in his past eight appearances at Harbour Town.

His 65 was the 20th time in 41 career rounds that Donald shot in the 60s at Harbour Town. It was also his eighth straight round under par here, closing in on the record of 11 in a row he already shares with Larry Nelson. Donald says there’s no secret to his success here: Scramblers and those who manage their games well have as much of a chance as any long bomber at Harbour Town.

“The long hitters, it’s taking driver out of their hands a lot,” Donald said. “So I feel like the playing field’s levelled out.”

It also helps when many of the world’s best don’t show up. Just five of the world’s top 25 are playing, starting with England’s Tyrrell Hatton (No. 16) who shot a 69. Matt Kuchar, 17th in the world, is the best Masters finisher at the RBC Heritage, following a fourth at Augusta National with an opening 68.

Henley continued his strong recent play. He won in Houston two weeks ago simply to make the Masters, then finished in 11th in the major to earn an invite back to Augusta National in 2018. Henley said he put the clubs away Monday and Tuesday to rest up after arriving from Augusta. “It’s been a whirlwind the last two weeks,” he said.