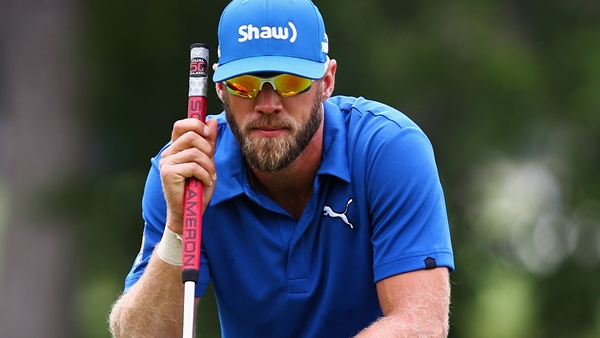 Saskatoon – Canadian PGA Tour star and Weyburn, Sask. native Graham DeLaet, along with his wife Ruby, have announced the launch of the Graham and Ruby DeLaet Foundation, as well as the Foundation’s first initiative, the ‘Graham Slam.’

The Graham and Ruby DeLaet Foundation’s central focus will be supporting children’s health, as well as supporting the development of junior golfers at all levels of the game.

“I know how lucky I am to be playing on the PGA Tour, and I would not be here without the support of everyone back home,” said Graham DeLaet. “It is important to Ruby and I that we do what we can to give back to those who need it the most. We hope that through this Foundation, we can continue to make a difference in the lives of children.”

“We wanted to ensure we always remember where Graham came from and the people that supported him through his journey,” said Ruby DeLaet. “It’s important that our Foundation represents Graham’s roots and keeps Canada and Saskatchewan close to his heart. Now is the right time in Graham’s career to launch a Foundation and give back.”

Graham and Ruby also announced the Foundation’s first initiative, the Graham Slam, to be held this July 8th and 9th at Saskatoon’s Riverside Country Club. The Graham Slam will combine entertainment, music and golf to provide a memorable charity event experience.

Those interested in becoming involved with the Graham and Ruby DeLaet Foundation or the Graham Slam event can contact Amy Roberts at aroberts@sportboxgroup.com.