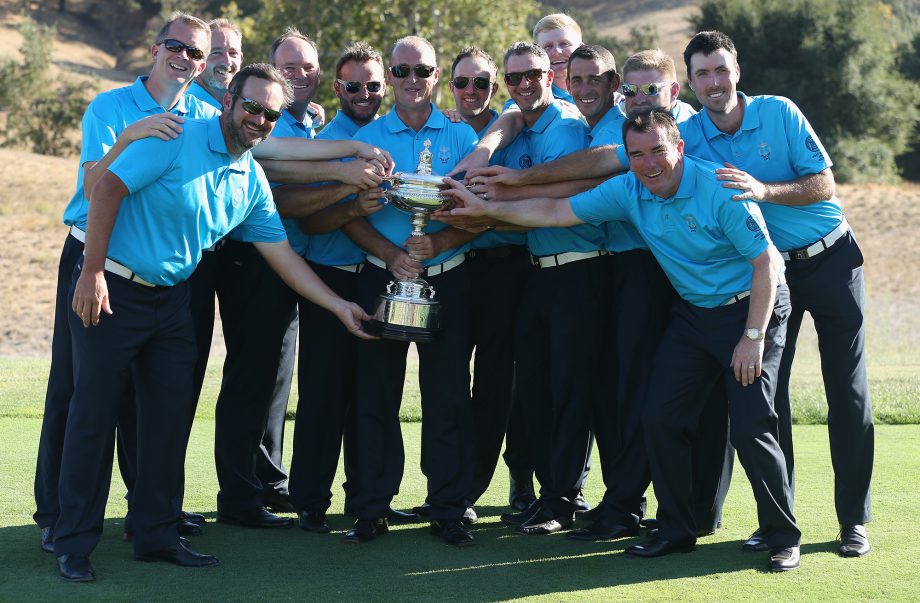 Great Britain and Ireland cut the Americans’ series lead to 17-6-4 in the event for club professionals.

Kearney got up-and-down for par from behind the 18th green to halve the hole, win the match and give GB&I the Llandudno Trophy. Facing a false front and water beyond the hole, Kearney hit a chip that cleared a deep bunker and rolled within 7 feet.

“I heard my caddie (Eddie Icaza) say, `Just hit it right edge.’ And that is what I did,” Kearney said.

Morin, a PGA assistant professional at The Falls Country Club in Lake Worth, Florida, missed a 45-foot birdie try before Kearney holed his par putt.

“I could not tell you exactly what was in my head,” Kearney said about the deciding putt.