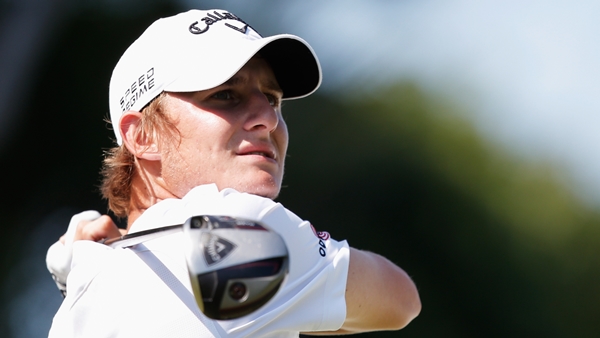 EAST LONDON, South Africa – Emiliano Grillo surged into a two-shot lead at the Africa Open with a 9-under 62 on Saturday, putting the Argentine in position for a first European Tour title.

In a tournament of low scoring at East London Golf Club, Grillo went lowest in the third round with nine birdies and no bogeys to move to 20 under overall, two strokes ahead of Englishman Oliver Fisher heading to the last round.

Fisher moved to 18 under with a 66 and was in contention following an up and down start when he made two birdies and an eagle in his last four holes.

Richard Bland of England, Thomas Aiken of South Africa and John Hahn of the United States – the overnight leader – were two behind Fisher and four off the lead on 16 under par.