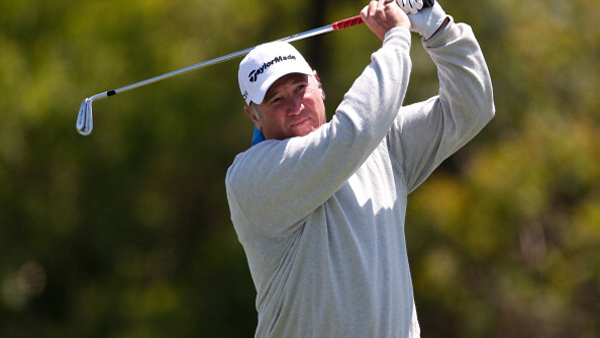 DES MOINES, Iowa – Jay Haas is winless on the Champions Tour this season. He’s at the right place to change that this weekend.

The 60-year-old Haas has won the Principal Charity Classic three times and is the highest-ranked player in the field in the event that begins Friday at the Wakonda Club. Haas won the event at Glen Oaks in 2007, 2008 and 2012.

If Haas follows through with a victory, he’ll join Jack Nicklaus and Hale Irwin as the only players to win the same Champions Tour event four times. Nicklaus did it in the Tradition and Irwin in the Senior PGA Championship). Irwin also won the Kaanapali Classic/Turtle Bay Championship a record six times.

“I’ve been playing a lot of good golf, and that’s given me confidence, certainly,” said Haas, coming off a third-place finish last week in the Senior PGA Championship in Michigan. “But coming in here, I don’t necessarily think of it like a tennis tournament where you’re the No. 1 seed and you’re supposed to get to the finals and all that stuff. I don’t think of it in those terms because I know that, I watched these guys play and they’re all good and can kick my butt at any time.”

That might be true. But after a brief dip in 2013, Haas is again among the circuit’s top golfers.

Haas has finished in the top 10 eight times in nine events this season and has already made more money than he did in 21 tournaments in 2013. Bernhard Langer and Senior PGA winner Colin Montgomerie, who are first and second on the money list, are skipping this weekend’s event.

Ironically, Haas will be paired with Irwin in the first round on Friday.

“I can’t really put a finger on it other than I’ve done everything a little bit better,” Haas said about his resurgence. “I don’t have a weakness in my bag right now in the sense of, I like all my clubs.”

Tour rookie Joe Durant matched the low round of last week’s major with a final-round 64. Durant has notched back-to-back top 10s and should be among the handful of players poised to push Haas.

Michael Allen tied for seventh in Iowa last season and is sixth on the money list. Russ Cochran won last year after Jay Don Blake three-putted the 17th hole during the final round, but Cochran has finished in the top 10 just once in nine starts this season.

The event drew the biggest crowd in its 14-year history last year when nearly 34,000 showed up for the final round.

“The most intense fans in the country are in the Midwest. You just draw a line from Iowa, up around Minnesota over to Ohio, that’s where the intensity is. So having good tournaments, well-run tournaments in this part of the country is really important to us,” PGA Tour Commissioner Tim Finchem said after touring the course Thursday.