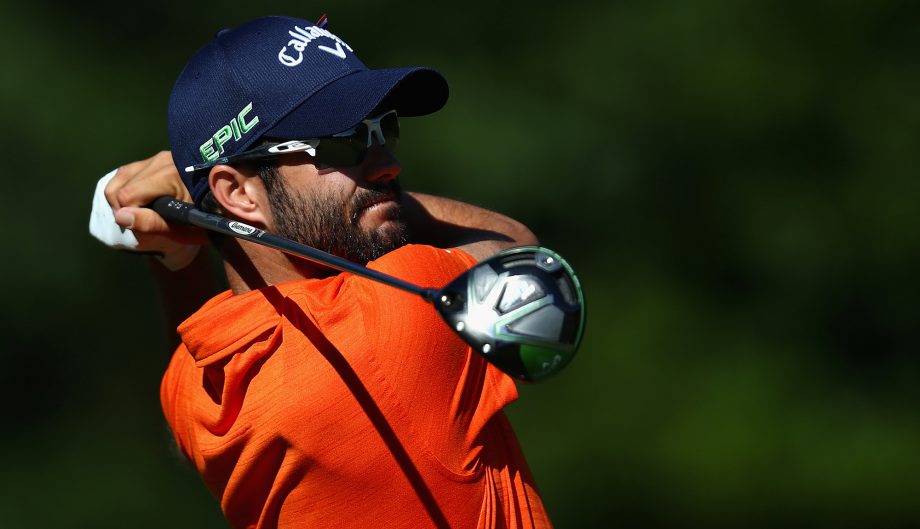 NORTON, Mass. – Kevin Chappell made his first Presidents Cup team by a fraction of a point, and he needed a lot more help that he realized.

“I made it a lot more exciting than it needed to be,” Chappell said.

Chappell, who won his first PGA Tour event earlier this year in San Antonio, earned enough FedEx Cup points from the Dell Technologies Championship to secure the 10th and final automatic spot on the U.S. team.

Rounded off, Chappell and Charley Hoffman finished with 4,369 points. Stretched out to include decimals, the PGA Tour said Chappell beat Hoffman by 0.073.

This was the final qualifying event for the Presidents Cup, which starts Sept. 28 at Liberty National.

Chappell will be one of at least four Americans making their debut in a Presidents Cup or a Ryder Cup. He spent the last month getting weary of talking about the possibilities, suggesting that he could live with however it turned out.

That changed when he shot a 69 on Sunday and was projected ahead of Hoffman, meaning he controlled his own fate.

“I didn’t know what it meant until I tried to go to sleep last night,” Chappell said Monday on his way to the airport to catch a flight home – in coach, no less – to Seattle.

Hoffman, who showed up at the TPC Boston at No. 10 and with a slim lead, closed with a 68 on Monday and tied for 40th. Chappell appeared to have it locked up until three bogeys over a four-hole stretch on the back nine.

He answered with a birdie on the par-3 16th, but then his shot from a fairway bunker on the par-5 18th came to rest on a loose piece of dirt, and his wedge came up well short. Chappell pitched to 10 feet, missed his par putt and closed with a 71.

That’s when he needed some help, and Russell Henley unknowingly provided it.

Chappell was tied for 35th, and Henley also was in that group at 2-under 282. If Henley had made one more birdie, that would have taken points away from Chappell, and Hoffman would have moved past him.

Henley, however, made bogey on the 17th and failed to birdie the 18th to tie for 40th. That was all Chappell needed.

It was a familiar feeling for Chappell, and not a pleasant one. Five years ago in the final tournament of the year, Chappell finished at No. 125 on the money list to keep his card by $1,809, but only after two players made par on the tough par-4 18th at Disney. If either had made bogey, Chappell would have lost his card.

“That was to keep my job,” he said. “I’d much rather being doing this, relying on others to get me on a Presidents Cup team.”

U.S. captain Steve Stricker will make two wild-card selections Wednesday afternoon, and Hoffman is a favourite to get one of them. With no one below Hoffman in the standings playing exceptionally well, the other pick could go to Phil Mickelson, who has never missed a team event since 1994.

Mickelson was in the mix early at the TPC Boston on Monday, and that could be enough to show Stricker that he’s worth a pick.

“We’ll see. I hope so,” Mickelson said after he closed with a 68 to tie for sixth, his best finish in stroke play since he was runner-up at the British Open last summer. “I think this is a big step for me as far as getting back to where I want – shooting the scores, playing, having energy, being able to practice, all these things.”

Mickelson said Stricker would do what’s best for the American team “and I totally support him either way.”

Emiliano Grillo of Argentina also came up with a good round at the right time. Grillo closed with a 66, enough to move him past Hideto Tanihara of Japan to No. 11 for the International team. Only the top 10 from the world ranking qualify, though Grillo would seem to be safe to be one of captain Nick Price’s picks.

Vegas, Kim and Hadwin will be competing for the first time in the matches.