Hadwin climbs leaderboard in round 2 of HSBC Champions 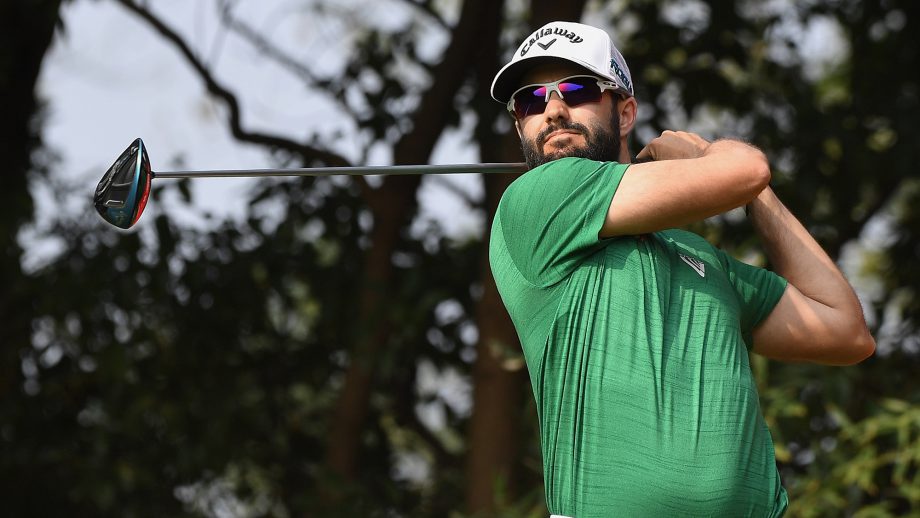 SHANGHAI – Tony Finau has enjoyed such a good year that he wasn’t about to let one bad break get him down Friday in the HSBC Champions.

Finau had just built a three-shot lead as Patrick Reed began to stumble when Finau hit an approach from the rough on the 11th hole toward the green at Sheshan International. The ball landed on a sprinkler , shot high in the air and rolled over the back and into the hazard. It led to a double bogey and cut his lead to one shot.

“That was about as bad a break as I’ve ever had, to kick all the way over the green into the hazard,” Finau said. “One thing I’ve learned in this game, you take the good with the bad and keep moving forward. I knew I was playing well still and still at the top of the leaderboard. Just keep plugging along and try to get that back and I was able to do that.”

Canadian Adam Hadwin made noise in the second round, climbing 28 spots on the strength of a 4-under 68. The Abbotsford, B.C., product shares 21st place through 36 holes.

Reed opened with a pair of quick birdies in a swirling wind that came out of the opposite direction of the first round. He made his first bogey of the tournament on the fifth hole of the second round by missing a 4-foot putt after a smart chip shot from deep rough. Then, he hit into the water on No. 6 and had to scramble to make bogey. He also hit into the water on the par-5 eighth, but his short game allowed him to save par.

The Masters champion looked certain to drop another shot on the par-5 18th when his tee shot bounded off the side of a hill and into the water. Reed took his penalty drop, and then tried to hit a slice over two portions of the water. He blasted his hybrid on to about 12 feet for a two-putt birdie and a 72.

“I figured I just hit the shot I needed – a big, huge slice,” Reed said. “Why not start in toward the grandstands to the left?”

Rose won last year by rallying from eight shots behind on the final day, so a three-shot deficit shouldn’t look all that daunting. He plodded his way around the course and kept bogeys off his card. He missed a 15-foot eagle attempt on the last hole.

Finau hasn’t won since the 2016 Puerto Rico Open, an opposite-field event that was held the same week as the Match Play. But it’s been a big year for him. He has 10 finishes the top 10, and his consistency led to him making his first Ryder Cup.

Finau got a good break at Le Golf National. In his opening fourballs match with Brooks Koepka, the U.S. team looked to be in big trouble until Finau’s tee shot on the 16th hole hit off the railroad ties framing the green and settled 3 feet away, crucial to winning the match.

Fleetwood birdied the 18th hole to join Reed and Rose at 8-under 136. Xander Schauffele was another shot behind after a 71, while Patrick Cantlay wasted a good birdie chance on the final hole and had to settle for 68. He was five behind.

Rose has a chance to return to No. 1 with a victory, and it doesn’t look as though Brooks Koepka can put up much of a fight. Koepka, in his debut at No. 1, was frequently stretching his back and at times walking with an uncomfortable gait. He also missed several short putts and shot 74, leaving him 13 shots back.

Dustin Johnson faded after a quick start and shot 73. He was 14 shots behind. Rory McIlroy was even worse. It took him 15 shots to play the two par 5s on the front nine, taking a triple bogey on No. 2 and a double bogey on the par-5 eighth hole.

Finau kept motoring along, as he has been doing the last few months. This was Finau’s 19th round in the 60s over his last 21 starts in PGA Tour events. He had 11 top 10s last season.

“Outside of that tough break, I played really nicely,” Finau said. “I was happy just to make a few birdies coming down the stretch. It’s hard to swallow when you feel like you hit a good shot and you have a bad break like that. So I was able to just hang in there and make a few birdies at the end, which is nice.”

Finau has gone 63 starts on the PGA Tour without winning, though he is making progress toward adding to his victory total.

“Tony is great, and he’s due a win, to be fair,” Fleetwood said. “He’s done everything else this year, so I wouldn’t put it past him or hold it against him if he did get the win. But there’s a long ways to go.”