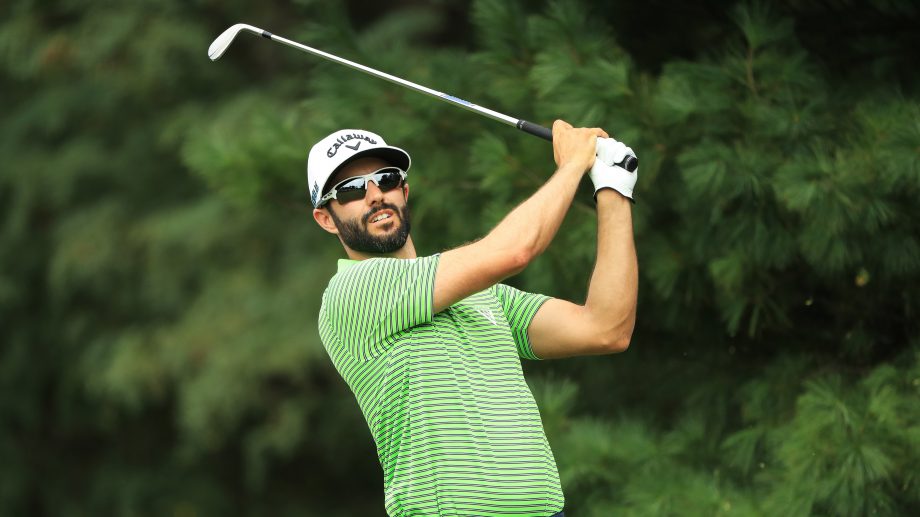 PARAMUS, N.J. – Canadian, Adam Hadwin, finished with a share of 11th this weekend at The Northern Trust. He recorded a 70 in his final round to sit 10-under for the tournament.

To his right was the silver trophy Bryson DeChambeau won Sunday , a victory that felt comfortable to everyone but him. To his left was the silver FedEx Cup trophy, a reminder of the ultimate prize in the PGA Tour season.

DeChambeau took a giant step toward playing for that, too.

“Like I said yesterday, I’m a man on a mission right now – two missions, actually,” DeChambeau said after a four-shot victory in the opening FedEx Cup playoff event. “One being the Ryder Cup and one being the FedEx Cup. I’m doing pretty well right now and just got to keep moving forward in the right direction.”

That was the only direction his game went in a final round devoid of much drama.

Staked to a four-shot lead, DeChambeau never let anyone closer than two shots, ended the threat with consecutive birdies and closed with a 2-under 69 to win by four shots over Tony Finau, who also had the Ryder Cup on his mind.

DeChambeau never felt entirely in control until he stabbed at a chip short of the 12th green – a shot he had worked on all week and used that one time – that rolled out to 4 feet for a birdie that turned back his only threat.

His only wild shot was on the 18th hole, sending his drive so far to the right that landed in the fairway of a hole that wasn’t being used at Ridgewood Country Club. He still had a good angle to the green, made par and finished at 18-under 266.

He won for the second time this year, both against some of the strongest fields. He moved to the top of the FedEx Cup standings and is virtually assured of being one of the top five seeds at the Tour Championship who have a clear shot at the $10 million bonus.

Also on his mind is playing for no money at all at the Ryder Cup.

DeChambeau narrowly missed earning one of the eight automatic spots for the U.S. team when he missed the cut at the PGA Championship. Jim Furyk makes three of his four captain’s picks a week from Tuesday, and it will be tough to ignore a 24-year-old Californian with victories at the Memorial and a FedEx Cup playoff event.

“Hopefully he can see that I’ve got some grit and grind, and that even when I don’t execute certain shots, I can get it done,” DeChambeau said.

DeChambeau, who stayed on the practice range until it was dark Saturday night, came out firing with two straight birdies to stretch the lead to six shots. His only mistakes were a pair of three-putt bogeys on the front nine, the second one at No. 9 that reduced his lead to two shots over Aaron Wise.

Wise’s threat ended with a bogey on No. 16, about the time DeChambeau got up-and-down with that chip from just short of the reachable par-4 12th for birdie.

No one got any closer the rest of the way.

Finau also made a strong statement about a captain’s pick. Furyk invited Finau to join a small group of Americans who played Le Golf Nacional the weekend before the British Open. He was playing with Furyk at the PGA Championship when Finau tied a tournament record with 10 birdies in the second round.

And while he stared five shots back on a course where the greens were as firm as they have been all week, Finau closed with a 68 to finish alone in second. Finau cracked the top 20 in the world (No. 18) for the first time in his career.

“If I’m in the conversation, this doesn’t hurt my chances, I don’t believe,” Finau said. “I had a solid week all around. My game feels good and I feel confident. Whatever his decision is, I’ll be ready to play.”

Tiger Woods, coming off a runner-up finish at the PGA Championship, never got anything going. He closed with a 70 and tied for 40th, 14 shots out of the lead.

“I’m sure you guys are used to seeing me win five times a year or more,” Woods said. “It’s not that easy to win out here. What you’re seeing is that I’m close, and just one shot here, one shot there per day, flips momentum.”

Woods has played plenty of practice rounds with DeChambeau and is a strong advocate for adding him to the U.S. team that goes to France at the end of September.

“The guy is fiery,” Woods said. “He’s competitive, and we want guys like that. It’s going to be a tough environment, so we want guys that are mentally tough and can handle it.”

Ryan Palmer also felt like a winner. He came into the FedEx Cup playoffs at No. 100 – the top 100 advance to the second stage next week at the TPC Boston – and Palmer delivered a 65 on Sunday highlighted by a wedge he holed for eagle on the par-5 third hole. He tied for fifth, along with Wise (67) and Adam Scott (69), and moved all the way to No. 50.

Dustin Johnson’s only consolation was four birdies over the final four holes for a 68 that enabled him to stay No. 1 in the world by the narrowest of margins over U.S. Open and PGA champion Brooks Koepka.

Nick Watney was among six players who moved from outside the top 100 to advance to the Dell Technologies Championship, which starts Friday. The others were Scott Stallings, Jhonattan Vegas, Bronson Burgoon, Brian Stuard and Danny Lee.