Hadwin picks up top-5 as Na wins in Las Vegas 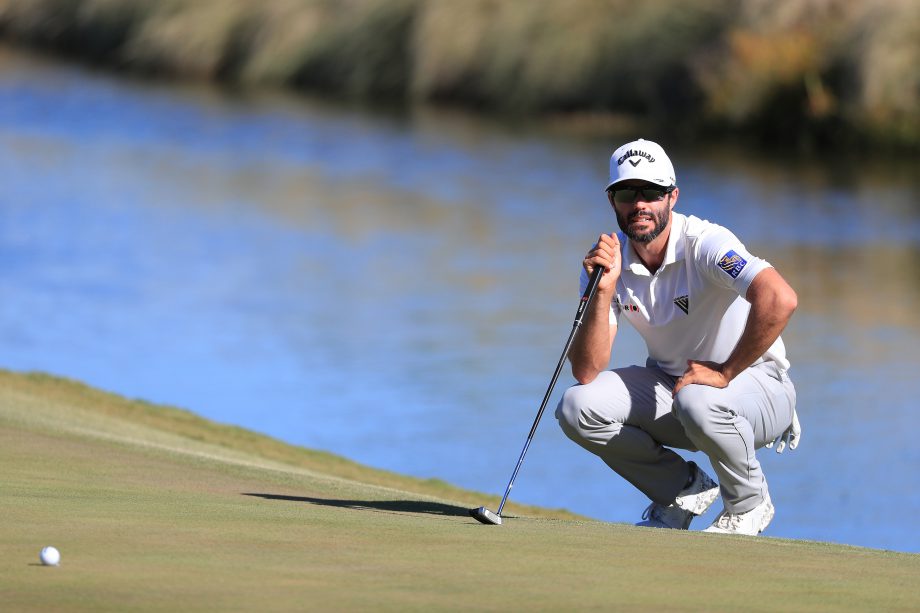 LAS VEGAS – Kevin Na finally won a sudden-death playoff on the PGA Tour when he least expected it.

Staked to a three-shot lead to start the back nine at the TPC Summerlin, Na never imagined it would come down to that.

But he made triple bogey without hitting into a hazard on No. 10. He went at the flag and found the water on the par-5 16th for a bogey to lose the lead for the first time all day.

Right when he looked to be out of chances, Na saved himself with a 25-foot par putt on the 17th, a 10-foot birdie to extend the playoff, and he won the Shriners Hospitals for Children Open when Patrick Cantlay made the worst -mistake – the last one.

Cantlay, who gave up a one-shot lead by hitting 9-iron into the water on the par-3 17th, three-putted from 45 feet on No. 18 on the second extra hole for bogey. Na rolled in his 4-foot par putt to win in Las Vegas for the second time.

“I’ve been in this situation before where I lost the lead and I failed many times,” said Na, who closed with a 1-under 70. “I’ve lost three playoffs. This is my first playoff win. I kept telling myself, ‘This is the playoff I’m going to win.’ It felt great to win.”

It was a bitter finish for Cantlay, who won his first PGA Tour event in Las Vegas in 2017 in a playoff, but had to settle for a runner-up finish the second straight year.

“It leaves a sour taste in my mouth,” he said. “That’s two years in a row here. I played well. I’ll take that momentum the rest of the year.”

Cantlay took his first lead with a two-putt birdie on the 16th, only for his 9-iron to come up short and just far enough to the left that rolled down into the water. He still looked as though he would head to the final hole until Na made his 25-foot par putt.

Adam Hadwin of Abbotsford, B.C., finished in a tie for fourth place. Nick Taylor, also from Abbotsford, tied for 29th.

Na won for the third time in the last 15 months, and third in as many seasons on the PGA Tour. He joined Jim Furyk as the only multiple winners in Las Vegas.

Even after his bogey on the 17th, Cantlay was poised to win in regulation when he hit the longest drive of the final round – 345 yards – and had only 113 yards left. But he could get no closer than 25 feet, and his putt hung on the right edge of the putt.

Cantlay, trying to win for the third time when facing a deficit of at least three shots, closed with a 68.

On the first extra hole, Na hit wedge to just inside 10 feet. Cantlay was just outside 10 feet – on the same line as his 25-foot birdie chance in regulation – and made it. Na poured his in, walking toward the hole before the ball dropped.

Na set a record by making 559 feet of putts over four rounds, the most since the PGA Tour developed its ShotLink system of measuring every shot of every player. And he won with a 4-foot par.

Pat Perez closed with a 68 to finish alone in third, his best finish since he won in Malaysia two years ago.