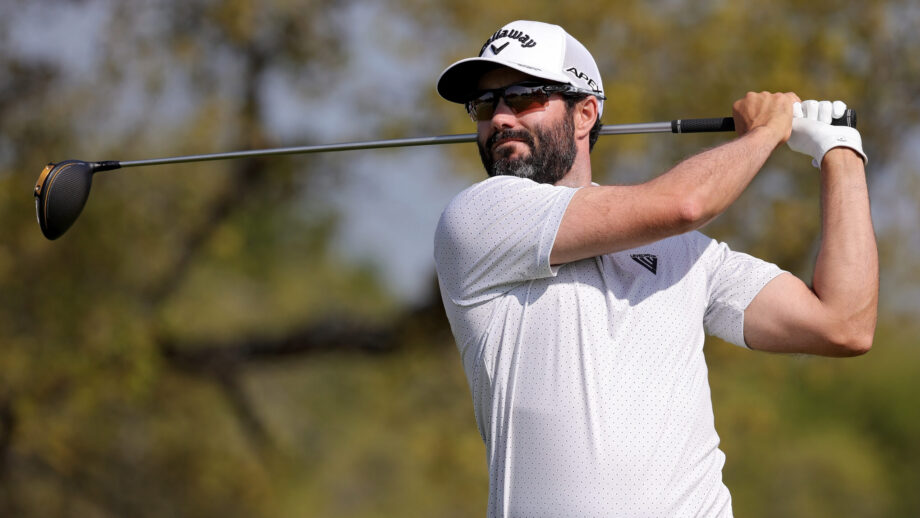 Adam Hadwin plays his shot from the second tee during the fourth round of the Valero Texas Open at TPC San Antonio on April 03, 2022 in San Antonio, Texas. (Photo by Carmen Mandato/Getty Images)
Golf Canada

San Antonio, TX – With The Masters just one week away, the PGA TOUR headed to TPC San Antonio for the Valero Texas Open. On day four of the tournament, Adam Hadwin would shoot 5-under 67 and would birdie five of his last seven holes to earn him a T4 finish.

“Obviously today was an incredible finish,” said Hadwin. “It’s a tricky golf course and when the wind blows, the landing areas on the greens are so small, you’ve got to be extremely precise. I hit some good shots on the front. I think my short game kind of let me down. I would have liked to get a couple more up and down today on the first 10, but I hit a lot of really good shots those last seven holes, gave myself a lot of chances and was able to capitalize on five of them obviously. Getting the last two, 17 and 18, were huge and just another good solid week overall.”

Hadwin would finish just three shots back of leader J.J. Spaun with the performance earning the B.C. resident his third straight top 10 finish for the first time in his PGA TOUR career.

Corey Conners shot 67 in the closing round to finish the weekend T35 at five-under. Roger Sloan recorded 72 at two-under.

First played in 1922, the Valero Texas Open is the third oldest PGA TOUR tournament following the Western Open (1899), and the RBC Canadian Open (1904).