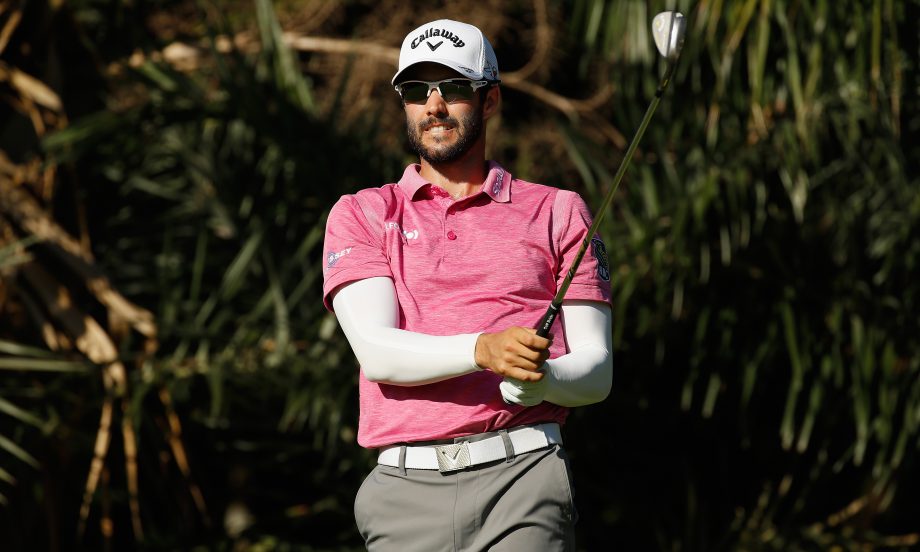 PLAYA DEL CARMEN, Mexico – Gary Woodland birdied three of the final four holes Friday for a 6-under 65 and a one-stroke lead in the PGA Tour’s OHL Classic at Mayakoba.

Woodland played the first 36 holes without a bogey, following an opening 64 to get to 13-under 129 on Mayakoba’s Greg Norman-designed El Camaleon course. He won the last of his two tour titles in 2013.

“I haven’t been here since my rookie year, so it’s been since 2009,” Woodland said. “The golf course is in great shape. It sets up good for me. I can hit a lot of irons off the tees, lay back a little bit. The whole deal is to keep the ball in the fairway and then attack from there.” d.“

Married last month, Woodland took last week off and worked with instructor Butch Harmon after opening the new season in Malaysia and China.

“It was nice to have an off week last week,” Woodland said. “Went out and spent some time with Butch. After the wedding, kind of got a little rusty. Took some time off, but nice to get back in the swing of things. Very comfortable with where I’m at right now.”

Webb Simpson was second after his second straight 65.

“Today was a lot different from yesterday,” Simpson said. “Today was a bit of a struggle with some distance control. I had to chip a lot more today, so today was about scoring. I was able to score, made some putts when I needed to for par. Yesterday, I don’t remember missing any greens and today I missed quite a few, so very different day, but same score.”

Scott Piercy had a 6 to reach 11 under. He tied for third in the season opener at Silverado.

“Just kind of plodding along and trying to pick up birdies where I can and kind of keep the scorecard pretty clean,” Piercy said. “Felt pretty good. Just trying to pick up some marbles on the way and count them at the end of the week and see where we fall.”

Marc Leishman eagled the par-5 seventh and followed with a hole-in-one on the 134-yard, hitting a sand wedge for 134 yards. The Australian was 7 under after a 65.

Defending champion Graeme McDowell rallied to make the cut by a stroke, following an opening 75 with a 65 to get to 2 under.

Jim Furyk missed the cut, shooting 74-70 in his first event of the new season.