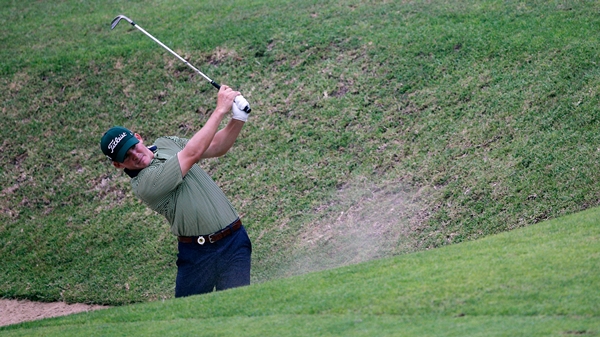 EAST LONDON, South Africa – John Hahn had six birdies and an eagle in his back nine for a 10-under 61 to lead the Africa Open by two shots before the second round was postponed by darkness Friday.

American Hahn did finish after a 90-minute morning rain delay, and took just 28 strokes to come home after starting on No. 10 to go 16 under. He surged ahead of first-round leader Ricardo Santos, who shot a 5-under 66 to be 14 under overall.

Oliver Fisher and David Horsey were chasing at East London Golf Club, with Fisher third on 13 under after his 63 and Horsey another shot back after a 64.

Hahn’s putter was hot with three birdies and an eagle in four holes after the turn to give the U.S. qualifying school graduate a chance at a first career win.