Hahn shoots 60 to pull within 2 at Barbasol Championship; Pendrith T12 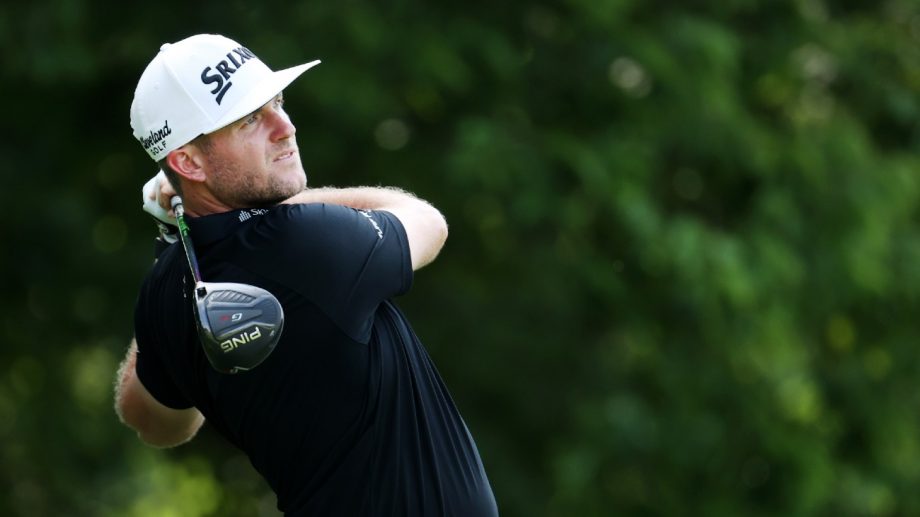 NICHOLASVILLE, KENTUCKY - JULY 17: Taylor Pendrith of Canada plays his shot from the third tee during the third round of the Barbasol Championship at Keene Trace Golf Club on July 17, 2021 in Nicholasville, Kentucky. (Photo by Andy Lyons/Getty Images)
Canadian Press

NICHOLASVILLE, Ky. – James Hahn missed a chance to shoot the 13th sub-60 round in PGA Tour history Saturday. He settled for a 12-under 60 and a chance to win Barbasol Championship.

Eight strokes back entering the day, Hahn had two eagles in the career-best round to move within two strokes of leader J.T. Poston at Keene Trace.

“To come up one short stings a little bit,” Hahn said.

Hahn’s 132-yard approach on the par-4 18th spun back, leaving a 35-foot putt that he missed to the right a few minutes before second-round leader Poston teed off.

Jim Furyk set the tour record with a 58 in the 2016 Travelers Championship and also is one of 11 players to shoot 59.

“When I looked at the leaderboard, it said that I was 11 under and I could swear I was 10,” Hahn said. “I had no idea what I was shooting at that point, I had to double-check the scorecard and that was kind of the “Oh, boy” moment. Yeah, then you start thinking crazy things coming down the stretch, but I pulled it together.”

“It was another good one, bogey-free, which is always nice around here,” Poston said. “Never want to give any back when everybody’s making some birdies.”

Luke List was a stroke back after a 65. He’s winless on the tour.

Because of wet conditions the players were allowed to use preferred lies.

The 39-year-old Hahn made a 5-foot eagle putt on the par-5 fifth, and has four eagles in the first three rounds. His two PGA Tour victories came on demanding courses in the 2015 Northern Trust at Riviera and 2016 Wells Fargo at Quail Hollow.

He turned to a local caddie at Keene Trace after parting ways with his usual lopper.

“A couple weeks ago my caddie actually left me, so I was searching around for a caddie,” Hahn said. “This week I was fortunate enough to have a local guy that knows the golf course. His name is Joe Muschong and he’s helped me out a lot this week and kept me cool throughout the round.”

“Earlier in the week I was kind of messing around with different practice routines with my putting stroke,” Hahn said. “Yesterday, actually, I changed my routine, decided not to take any more practice strokes at the ball. That freed me up a little bit, but had no idea I was going to shoot like that today.”

Joseph Bramlett had a 67 to join Hahn at 17 under.

Taylor Pendrith of Richmond Hill, Ont. finishes the third round tied for the twelfth spot. Pendrith completed the round 3 under, putting his total round under 14.

Defending champion Jim Herman was 14 under after a 65. He won in 2019, and the event was cancelled last year.