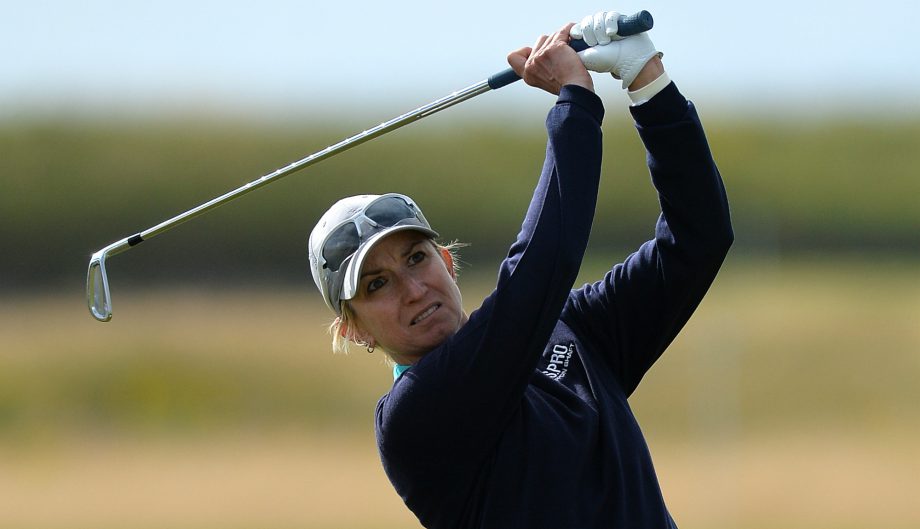 Hall of Famer Karrie Webb shot a 7-under 65 in cold and windy conditions Thursday to take a one-stroke lead over Cristie Kerr in the Ladies Scottish Open.

“When we were warming up and our first few holes, obviously it was really cold and really windy,” Webb said. “I looked at the scoreboard and saw that Cristie Kerr shot 6 under, and I was like, ‘What course did she play today?”’

Webb played the final 10 holes in 7 under at Dundonald Links. The 42-year-old Australian star birdied the par-4 ninth, made five straight birdies on Nos. 11-15 and added another birdie on the par-5 18th.

“I sort of really hung in there through the front nine and made a nice birdie on 9 to turn at 1 under,” Webb said. “Then just really started swinging at it well and hitting it quite close and had some good birdie chances and made the most of them.”

Kerr closed with a birdie on the No. 9 in her bogey-free round in the event sanctioned by the LPGA Tour for the first time. It has been part of the Ladies European Tour since 1986.

“It was still tough to stand over the shots that you needed to execute, and it’s never easy here. So, I’m very pleased with the score,” Kerr said. “I just controlled my ball really well out there, with the crosswinds and trajectory and I had a great day. I just kind of hit the ball where I was trying to hit it in the areas I was trying to hit it in, and made some putts, as well.”

Fellow major champions Stacy Lewis and Inbee Park were tied for third at 69 along with Sei Young Kim, Lina Boqvist and Pornanong Phatlum. ANA Inspiration winner So Yeon Ryu had a 71, and Michelle Wie shot 72.

“The weather wasn’t good this morning but definitely got off to a great start.” Lewis said. “It was super hard out there and just really happy, happy to be done and getting to warm up.”

Lydia Ko opened with a 74. She has gone a full year without winning on the LPGA Tour.