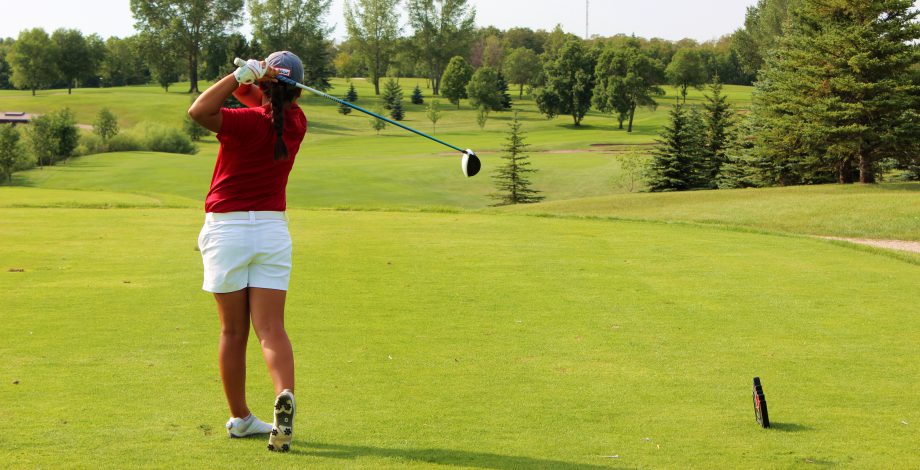 The Surrey, B.C., native tallied more birdies on her card than any of her competitors. The 15-year-old carded nine birdies, including back-to-back sets on three separate occasions. She notched her final pair across her last two holes to take the lead in both the Junior and Juvenile divisions.

“When I started today, I honestly didn’t expect to break my lowest score,” said Lee, who topped her personal best of 6-under par. “It feels good, especially to shoot it in a big tournament.”

The soon-to-be eleventh grader has a three-shot advantage going into the second round of competition. “I was able to sink a couple of putts and my tee shots were pretty good today. I’m going to do the best I can tomorrow just like I did today,” added Lee.

Kathrine Chan of Richmond, B.C., shot a 4-under 69 and currently sits in second place. Her first round was highlighted by three birdies and an eagle on the par-5 fourth hole. The 15-year-old went bogey-free across the front nine and shot even-par on the challenging second half of the course.

“My driver was working really well for me today and so were my irons. I’m just looking to play my own game and not worry about what others are doing,” said Chan when asked about her game plan heading into the rest of the tournament.

The 15-year-old earned her way into the Canadian Junior Girls Championship after a fourth place finish at the CN Future Links Prairie Championship. “That was a lot of fun and it helped me prepare for this tournament. It helped my mental game and I gained a lot of experience,” she reflected.

Four shots back after shooting a 3-under par round is Richmond Hill, Ont., native Jessica Ip who tallied five birdies in her opening round. The 18-year-old competed in last week’s Canadian Women’s Amateur Championship in Saskatoon, Sask., and benefited from lessons learned at the competition.

“I really realized what I was struggling with because those two rounds kind of emphasized that my ball striking wasn’t that good and I wasn’t making any putts. I came here early and worked on that,” explained the University of Iowa sophomore who credits her short game for Tuesday’s result.

The top 70 players and ties will make the 36-hole cut and advance to day three of the National Championship on Thursday.