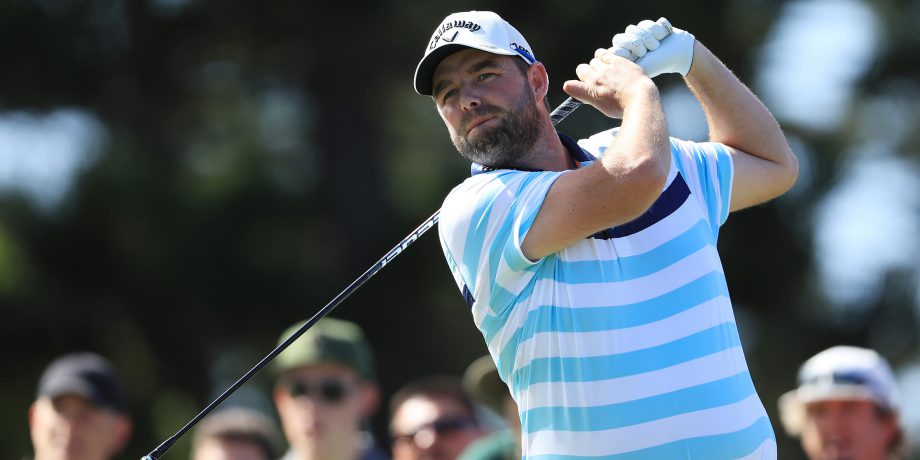 KAPALUA, Hawaii – Marc Leishman played bogey-free and was tied for the lead in the Sentry Tournament of Champions. Just don’t get the idea this is another example of an Australian doing well at Kapalua because he stayed sharp Down Under in December.

Leishman two-putted for birdie on the par-5 18th for a 4-under 69, giving him a share of the lead with Brian Harman (68) going into the weekend on the windy Plantation Course with 15 players separated by five shots.

Stuart Appleby once won three straight years at Kapalua. Geoff Ogilvy is the last player to win back-to-back. Both arrived in Maui having competed in either the Australian Masters, Australian Open or Australian PGA. Appleby did all three one year.

He’s played one time in the last 10 weeks. Well, one tournament, anyway.

“I went to Topgolf a couple of weeks ago,” Leishman said.

It was too cold to practice at his home in Virginia Beach, so he headed to the multi-tiered golf complex where points are scored for hitting at various targets, all while having a few beers and listening to live entertainment. Thankfully, he didn’t take his tour bag, just a half-dozen clubs in a tiny carry bag.

“I scored all right,” he said. “I remember the first time I went there, I didn’t realize there was a leaderboard at the front desk. I scored really high, and then all of a sudden all the people turn around and I’m having a couple of beers, just having fun.”

One patron said to him, “You’re pretty good with the tools.”

He has been pretty good in windy conditions at Kapalua. Leishman didn’t make as many birdies as he would have liked. His only one on the par 5s was the final hole. Even so, he joined Harman at 10-under 136 going into the weekend of this winners-only event.

Harman came on strong on the back nine, and picked up his third birdie in unlikely fashion. He was down the steep slope right of the green on the par-5 15th, and his first chip barely reached the green and rolled back down the hill. He chipped that one in for birdie, and then picked up his fifth birdie of the back nine on the 18th.

Dustin Johnson, with more experience than anyone at Kapalua, overcame a sluggish start for a 68 and was one shot behind, making him perhaps the strongest threat going into the final two rounds.

Johnson is making his eighth appearance at the Tournament of Champions. No one else in the 34-man field has played more three times. His 68 was the 19th time in 29 rounds that the world’s No. 1 player has shot in the 60s, and he has yet to have a round over par.

This was a challenge, at least early.

The wind laid down on his shot into No. 3, and it went long into fluffy rough, leaving him a downhill, downwind putt with the grain. He chipped that 30 feet by and made bogey. On the next hole, he caught a gust and made another bogey. On the par-5 fifth, he had a 7-iron for his second shot and made par.

And then he made seven birdies over the last 14 holes to get within one shot of the lead.

Pat Perez and Chris Stroud each shot 66, while Jhonattan Vegas had a 70. They were two shots behind.

Back in the mix was Jordan Spieth, who opened with a 75. Spieth didn’t have a lot going his way early with a poor club selection on the par-3 second hole and one that was even worse on the par-5 fifth. Spieth went into the hazard with this second shot and took bogey on the second-easiest scoring hole at Kapalua.

And then he couldn’t miss.

He has been working on his putting, trying to get it back to 2015 standards, and he walked in an 18-footer at No. 6 and knew his 12-footer at No. 8 was going to fall even before he stroked the putt.

“That’s a feeling I haven’t had in quite a while with the putter,” he said. “So a big step forward. A lot of progress today.”

Spieth chipped in for eagle from 70 feet on No. 9 and shot 66 to get within five shots of the lead.

Defending champion Justin Thomas took a step back. He hit one too many wayward shots and had a 41 on the back nine for a 75, dropping him 10 shots out of the lead.

The biggest challenge was putting in the gusts, especially on the greens high on the hill that are exposed.

“You’ve got grain, break, speed, wind. Very difficult,” Perez said. “I had trouble with all of them yesterday. Today, I was able to see more of the break. I was able to get the speed and the wind all together. It took me a full day. But it was good.”

Canada’s Adam Hadwin slipped with a 2-over par 75 to sit 12 back of the leaders mid-way through the tournament.