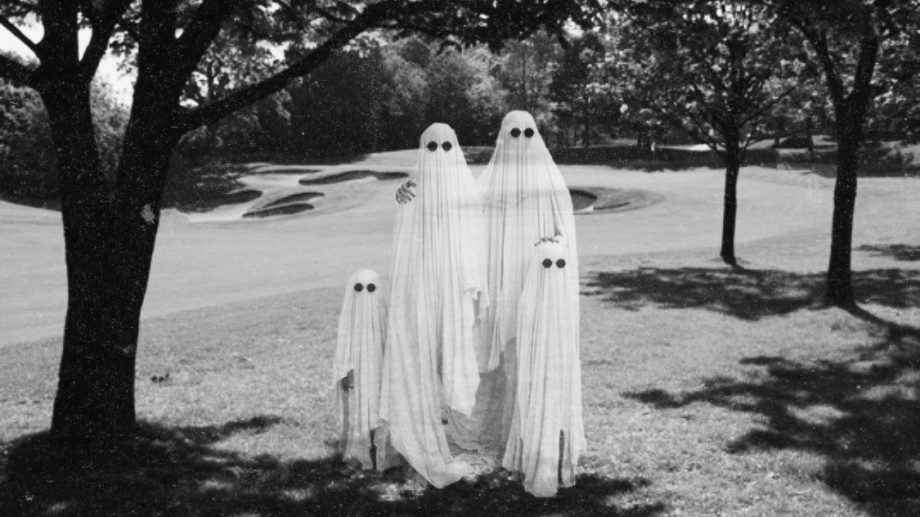 If you ask a golfer about their most haunting moments on the golf course, you might hear about an unfortunate double hit or a bad case of the yips. While a poorly played round is certainly reason to keep a golfer up at night, there are perhaps more chilling tales circulating from the back nine or within the forgotten histories of aging clubhouses that concern the otherworldly.

With Canada’s rich history and vast geography, it’s no surprise that the country also boasts its fair share of spooky tales. There’s an old sanitorium in Kamloops that would look right at home in a Stephen King novel, a haunted lighthouse in P.E.I., and a ghost that goes by the name of ‘Dorothy’ at the Hockey Hall of Fame.

If that isn’t enough, Canada Post created a collection of ‘Haunted Canada’ stamps from 2014-2016 that reveal a whole cast of the country’s ghostly characters such as Gastown’s Headless Brakeman, the Grey Lady of the Halifax Citadel, and the Phantom Bell Ringers of the Kirk of St. James.

While it might be hard to imagine these eerie spirits lurking on well-manicured and sunny greens, that doesn’t mean that golf courses aren’t devoid of spooky tales of their own. Below you’ll find five courses across the country that are rumored to house extraordinary spirits.

Haunted Lakes Golf course in Alix, Alta. is certainly high on the list of Canadian courses with the spookiest names.

As the legend goes, seven Native American hunters camped around the eastern shore of the lake and awoke one morning to discover a magnificent deer trapped in ice.

As the men began to chip away at the ice around the antlers, the still-alive beast crashed through its icy cage and carved a path towards the refuge of the shore. The deer made it to safety and disappeared into the woods, but the men would never set foot in the forest again. All seven plunged into the frigid depths, drowned, and were claimed by the lake. They were never seen or heard from again – alive that is.

To this day, the spirits of the unfortunate seven are rumoured to haunt the area, giving the lake its name. Locals also claim that every winter when the lake is frozen over, a huge fissure appears tracing the exact path of the deer’s escape – right along the third fairway where Haunted Lake hugs the front right of the green.

They say the best ghost stories are the ones that hit close to home. Located on the picturesque Sixteen Mile Creek in Oakville, Ont., Glen Abbey Golf Course has played host to the Canadian Open 30 times and also serves as home-base for Golf Canada. While the later have taken up residence at the property since the 1970s, there is – if you believe in such things – a much older tenant who reportedly still roams the corridors.

Originally built by mining magnate Andre Dorfman in 1937, the sprawling country estate was sold in 1953 to be used as a retreat and monastery by the Jesuit Fathers of Upper Canada. The property was again sold in 1963 by a group of businessmen with a vision to build a golf club. The men named their new course ‘Glen Abbey’ as a nod to the previous occupants, but as the story goes, one of those occupants never left.

Since then, there have been reports of cupboards inexplicably slamming, heavy footsteps in the hallway and the mysterious feeling of being watched. One eyewitness claims to have seen the specter glide through solid wall, and all accounts seem to agree that the spirit takes the shape of a Jesuit Priest.

Charming little Niagara-on-the-Lake in Southern Ontario is often referred to as Canada’s most haunted town. It therefore comes as no surprise that Niagara-on-the-Lake Golf Club, with its 140-year history, would be just as populated with ghost stories as the town is with visitors.

Located toward the back of the scenic course you’ll find Fort Mississauga – a defensive structure built after the War of 1812 to defend against the nearby American Fort Niagara. While the Fort was garrisoned until 1826, rearmed after the Rebellion of 1837, and manned during tense periods of the American Civil War, it never saw battle. However, the structure was erected using salvaged pieces from an old lighthouse and bricks from the crumbling Fort George which could perhaps account paranormal activity surrounding the historic site.

It is said that sounds of violence can be heard issuing from the Fort and multiple accounts have reported a man yelling in pain from within the structure. A young soldier even confided to his journal in 1871 that he and another officer saw a tall, gliding figure in a black robe while on watch one evening.

Fort Mississauga is now a National Historic Site and serves as a striking reminder to golfers that the land they putt on is steeped in history.

At Jasper Park Golf Course in Jasper, Alta. you’re more likely to come across a wandering elk than a wayward spirit. Still, a medley of ghostly characters have scared their way into the lore surrounding this jewel in the Canadian Rockies.

Construction for the resort property began in 1921 with renowned course architect Stanley Thompson joining the project in 1924. It took 50 teams of horses and 200 men before Thompson’s design became a reality and opened to the public in 1925.

As far as ghost stories go, past staff suggest that the clubhouse – particularly the kitchen – is frequented by spirits moving objects or banging pots. Multiple witnesses claim to have encountered an elderly woman who mysteriously vanishes when spoken to, and there’s even said to be a photo of her hanging outside the restaurant.

Another spooky story involves Point Cabin where a young maid took a tumble down the stairs and broke her neck. To this day her spirit is said to slam doors, turn lights off and appear to unsuspecting guests.

Over on the West Coast, Victoria Golf Club boasts an impressive history and a dramatic tale that has become a local legend.

The story surrounds Doris Thompson who immigrated to Canada in 1906 and married local sports reported Victor Gravlin. Victor, however, was not a good husband to Doris and spent countless hours at Uplands Golf Club where is brother was head pro. When her husband lost his job and began drinking heavily, Doris left him and found work as a private live-in nurse.

Not long after, Victor sent a letter to Doris which historians believe was a plea to meet and reconcile. On the ill-fated night of Sept. 22, 1936, Doris and Victor left their respective residences and were seen together on Runnymede Avenue. What happened next remains a mystery as neither were seen alive again.

The couple was reported as missing and a search ensued. Days later a caddy searching for a lost ball at Victoria Golf Club discovered Doris’ corpse near the 7th green. The 30 year old had been strangled with her hat, belt and shoes missing.

The local gossips believed that Victor, the number one suspect, had escaped. However, they were wrong. One month later a fisherman found Victor’s body floating in the kelp beds off the 9th fairway with a rope in his pocket and in possession of Doris’ missing attire. The police concluded he had strangled his wife and then committed suicide by walking into the water.

It’s no surprise that the traumatic tale has given rise to haunting stories at the property. To this day, visitors to the area report floating orbs, disembodied screaming, strange unexplained pockets of mist, and even full-bodied apparitions of a sad-looking woman believed to be Doris.

The spooky tales arising from these properties add to the character that makes each course unique. Whether you’re a believer in ghosts or a skeptic of the spirit world, the next time a strange wind results in a bogey you have someone – or something – to blame.