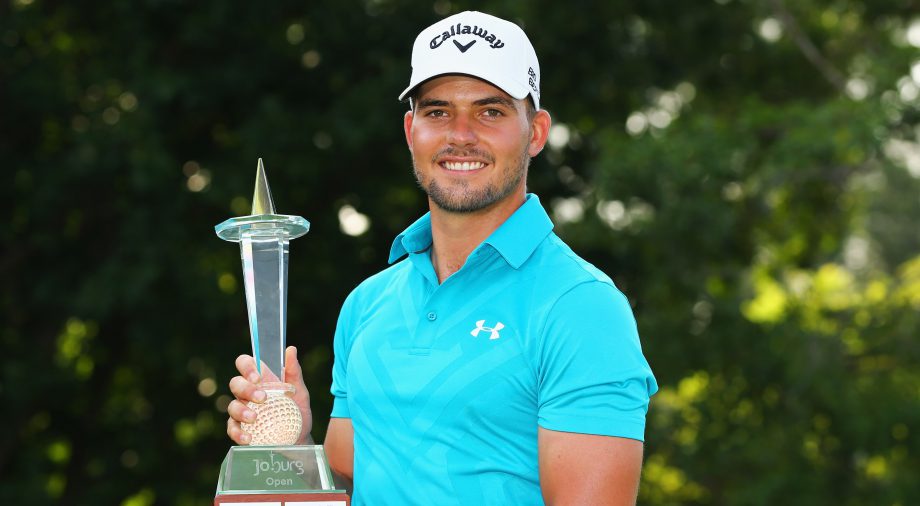 JOHANNESBURG – Haydn Porteous kept his nerve to go bogey-free through the final round Sunday and win the Joburg Open by two shots for his first European Tour title.

The South African finished with a 3-under 69 for an 18-under total of 269 at Royal Johannesburg and Kensington Golf Club. He pushed clear of a three-way tie for the lead overnight for his breakthrough win.

Zander Lombard, one of the men to share the lead with Porteous, finished second after a 71, which included four birdies but also three bogeys.

The third co-leader, Anthony Wall of England, was in a four-way tie for third after a 72. Wall had been searching for his first tour title in 16 years only to fail to pick up any shots on his closing nine. He finished three behind Porteous and alongside Bjorn Akesson, Justin Walters and American Daniel Im.

The additional reward for Porteous, Lombard and Wall were places at this year’s British Open at Royal Troon.

Victory came after the 21-year-old Porteous missed the cut at both previous European Tour events he’d played this season. His measured finish included birdies on the par-5 No. 8, on No. 14 and at No. 18 to make sure.

Wall had a chance at just a second European Tour win – and his first since 2000 – after reasonable progress on the front nine with two birdies and a bogey. But he slipped up with a bogey on No. 10 and wasn’t able to climb back into contention, finishing with eight straight pars.

Having missed the cut last week, Ernie Els ended the Joburg Open with another disappointing round, a 74 this time for 5 under overall and in a tie for 44th.