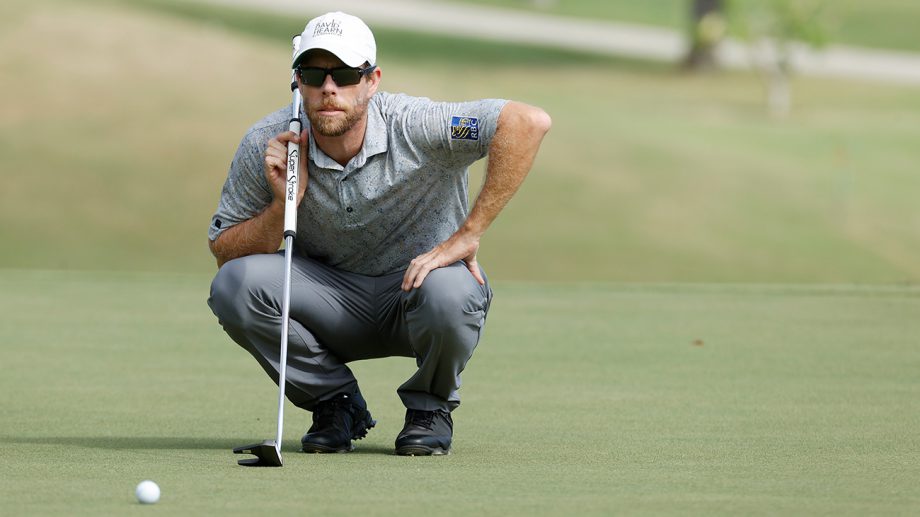 SOUTHAMPTON, Bermuda — In the 20-plus years and more than 600 times Brian Gay has played on the PGA Tour, he realizes the game is still full of surprises.

Sunday was a big one.

Gay rallied from a three-shot deficit on the back nine, hit gap wedge to 3 feet for birdie on the 18th hole for a 7-under 64 and then beat Wyndham Clark on the first extra hole with a 12-foot birdie putt in the Bermuda Championship.

Since golf returned from the coronavirus-caused shutdown in June, the 48-year-old Gay was missing enthusiasm and putts, not a good combination for one of the shorter hitters in golf. He missed the cut in nine of his last 11 tournaments.

He piled up nine birdies over his last 14 holes, including one extra hole in a sudden-death playoff, for his fifth career PGA Tour title and his first in nearly eight years. Just over a year away from being able to join the PGA Tour Champions, Gay is now exempt through August 2023 because of his playoff victory over Clark.

He’ll be at Kapalua to start the new year. He’ll be back at Augusta National in April.

“I’ve always known I have the game to compete,” Gay said. “It easy to doubt yourself. The players are so good and so young. A lot of them are my daughter’s age.”

Gay was happy to see at least a limited number of fans at the Bermuda Championship as the PGA Tour slowly gets back to having some spectators. What he could have used was a video board to show him where he stood.

Only after he gunned a birdie putt some 5 feet by the hole for a three-putt bogey on the par-5 17th did he realize that cost him a share of the lead. On the closing hole at Port Royal, from a side hill lie with the ball slightly above his feet and the wind at his back, he hammered a gap wedge that was so good Gay could be heard saying, “Go in the hole.”

In the final group behind him, Clark had a birdie putt that stopped a turn shot on the 17th. His approach to 18th was 10 feet behind the hole, and the birdie putt for the win just skirted the right edge. He made par for a 65 and a playoff.

Back to the 18th, Gay holed his birdie putt and Clark missed from about 7 feet, which would have extended the playoff.

It was a lost opportunity for Clark, who birdied seven of his opening 11 holes to take a three-shot lead.

Gay, the 48-year-old who finished his final year of college at Florida six months after Clark was born, hit his best drive on the 14th hole — a tee shot that gave him fits in the opening round — that set up a 9-iron he converted for birdie. Then, he hit a gap wedge that took a big hop off the right side of the green to 4 feet for birdie to get within one.

Clark had not missed a green the entire final round until hitting into a bunker on the par-3 16th. He took a short back swing and barely got the ball out of the sand, and Clark did well to get up-and-down for bogey to tie for the lead.

Ollie Schniederjans, playing on a sponsor exemption, closed with a 66 and finished third, two shots out of the playoff. Denny McCarthy (63) and Stewart Cink (64) tied for fourth, along with Matt Jones and Doc Redman, who each shot 67.

Canadians David Hearn (Brantford, ON.) , Michael Gligic (Burlington, ON), and Roger Sloan (Merritt, B.C.) held on to their positions and finished the weekend in the top 20. Hearn and Gligic saved the best for last — they both posted a 66 on Sunday, climbing up three and four positions respectively. Hearn’s T8 finish makes him the top Canadian at the Bermuda Championship, with Gligic not far behind in a tie for 11th. Sloan shot a 68 in round 4, ending the weekend tied for 16th.