Hearn, Gligic and Sloan among top 20 going into final round 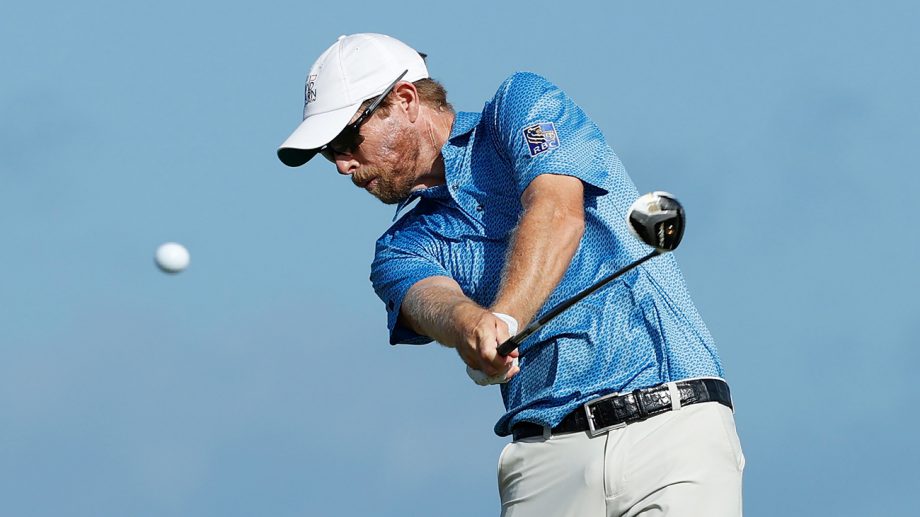 SOUTHAMPTON, Bermuda — Doc Redman found the wind far more manageable Saturday, and he took advantage with a 4-under 67 for a one-shot lead going into the final round of the Bermuda Championship.

The wind came out of the opposite direction as the previous day and it wasn’t quite as strong. It showed in the scores and in the number of opportunities for players who never won or have gone without winning in years.

Another shot behind were Matt Jones (66), Brian Gay (67) and Ollie Schniederjans (69). Jones was bogey-free in the third round, which to him was as impressive as any of his five birdies.

Redman, the 2017 U.S. Amateur champion, is among 10 players separated by four shots who have never won on the PGA Tour. A victory Sunday comes with an invitation to the Masters next April.

“I feel like with the wind switching, it was a little easier,” Redman said. “And it was still really windy. But yesterday was incredible. We couldn’t have been far away from stopping play yesterday. That made it a little easier. And the greens roll great, so if you have looks at it you can make birdies.”

Redman still was mindful of the wind, particularly on the par-5 17th when he made decisions to play short off the tee because of the strong left-to-right wind off the Atlantic Ocean and potential problems it could have created.

The wind also made it tough on Armour, the 44-year-old from Ohio who picked the wrong day to not be swinging his best. What saved him was a short game that enabled him to break par for the third straight da and to stay very much in the mix to win on Sunday.

“I’m going to have to go figure out what was going on,” Armour said. “Toward the end there, I started hitting the centre of the face a little more. As you know, when the winds are this high, you’ve got to hit in the centre or else it’s going to get blown all over.”

He took a little off a pitching wedge for a beautiful third shot just below the pin for birdie on the par-5 17th, and he narrowly missed a 15-footer on the 18th that would have given him a share of the lead.

Jones is used to windy conditions from his roots in Australia, and he handled it well. He will be going for his first PGA Tour victory since the 2014 Houston Open, although Jones won the Australian Open at the end of last year, and that tournament had a stronger field than what he’s facing in Bermuda.

Three Canadian players occupy spots in the top 20 going into the final day in Bermuda, with David Hearn (67) of Brantford, Ont. reaching the highest rank — he is currently tied for 11th at 6 under. Michael Gligic (69) of Burlington, Ont., and Roger Sloan (71) of Merritt, B.C., were tied for 15th at 5 under. Graham DeLaet of Weyburn, Sask., missed the cut on Friday.

The only player from the top 50 in the world was defending champion Brendon Todd, who missed the cut.

The oldest player in the field, 64-year-old Fred Funk, didn’t fare so well. He shot 75 and was 13 shots behind.