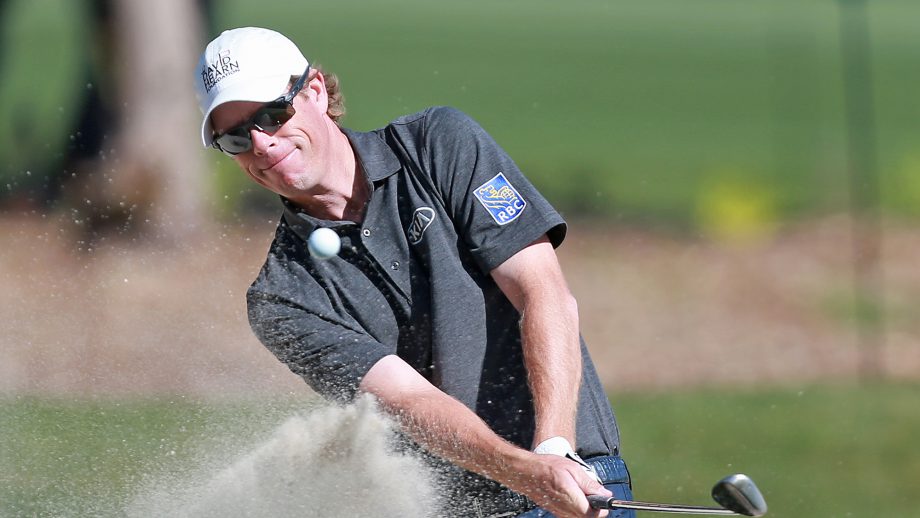 AVONDALE, La. – Ryan Palmer had to find a teammate if he was going to get back to New Orleans, one of his favourite PGA Tour stops for reasons ranging from the food to his friendship with Saints coach Sean Payton.

Palmer’s past partner at the Zurich Classic team event, Jordan Spieth, had changed his schedule and was taking the week off, and Palmer knew Jon Rahm’s previous teammate, Wesley Bryan, couldn’t play because of shoulder surgery. So Palmer reached out to Rahm, unsure if a 24-year-old Spaniard wanted anything to do with a Texan nearly two decades his senior.

The odd couple from different continents and generations combined for a 3-under 69 in the alternate-shot final round Sunday to win the tour’s only team event by three strokes over Sergio Garcia and Tommy Fleetwood.

“I shot him a text, hoping he would bite,” Palmer recalled. “When a 42-year-old player is calling him, he’s probably like, ‘Why does he want to play with me?’ But he accepted and what an awesome week.”

The victory was the fourth on the tour for Palmer, but first in nearly a decade. Having last won in 2010 at the Sony Open in Hawaii, Palmer waved and gave a thumbs-up as he walked up the 18th fairway with a throng of fans applauding the impending triumph.

“It was nice playing the last hole with a three-shot lead. That’s for sure,” Palmer said.

Rahm took his third PGA Tour victory – one each in his first three seasons. He finished in the top 10 for the seventh time this year, including a tie for ninth at the Masters a couple weeks earlier.

“When Wesley told me he was having shoulder surgery a few months before the event, I was in no-man’s land,” Rahm recalled.

“I’m really happy I said yes” to Palmer’s proposal to team-up, Rahm continued. “I can say to Jordan and Wesley: ‘Sorry, we already have a partner for next year.”’

Palmer-Rahm finished at 26-under 262 at the TPC Louisiana, which had dried out considerably since heavy rain delayed the first round by more than seven hours and forced many players to play more than 18 holes on Friday and Saturday to get the event back on schedule.

Canada’s David Hearn of Brantford, Ont., finished with a share of 5th alongside Ireland’s Seamus Power. The duo finished at 20 under par, six back of the champions.

Opening the final round tied atop the leaderboard with Scott Stallings and Trey Mullinax, Palmer and Rahm surged to a two-stroke lead in just two holes after Stallings-Mullinax bogeyed the first hole and Rahm nearly holed out from the fringe to set up Palmer’s 1-foot birdie putt on the par-5 second. Palmer and Rahm never lost the lead after that, making birdies on 13 and 14 at virtually the same time Garcia and Fleetwood were making birdies on 17 and 18 – highlighted by Garcia’s 29-foot birdie putt in front of the grandstand on 17.

“Proud of how well we played,” Fleetwood said after he and Garcia’s final-round 68. “Neither of us hardly missed a shot. … To shoot 68 that easy in foursomes is a very, very good day.”

The teams of Kyoung-Hoon Lee-Matt Every and Brian Gay-Rory Sabbatini tied for third, five shots behind. Four teams tied for fifth at 20 under, four more for ninth at 19 under and defending champions Billy Horschel and Scott Piercy were among five teams at 18 under.

The winners each took home $1.05 million, moving Rahm up to nearly $3.1 million this season and Palmer to about $2.3 million.

Three days of sunshine made the greens increasingly “crusty” Palmer said, and faster. A number of players struggled to adjust Sunday, regularly rolling putts past the hole.

Yet Palmer and Rahm handled it well. Palmer made two putts from around 6 feet, one from 7, one from 8 and one from 11.

“What got us going for the most part was a lot of those par putts that Ryan made,” said Rahm, who figured out the greens on the back nine, making a 13-foot birdie putt on 10 and a 24-footer to save par on 15.

“It’s hard when you play slower greens that have been wet for three days and you come to these,” Palmer said. “But what a day to buckle down and make the ones we needed to.”

The Zurich format was best-ball in the first and third rounds, allowing players to be more aggressive. But bad shots held the potential to derail alternate-shot rounds because players had to deal with the lies their teammates left them.

Palmer and Rahm didn’t misfire often, but when one did, the other responded well.

The burly, powerful Rahm slammed his driver into the turf after pulling his tee shot through tree branches on the left side of the fairway and into the waste bunker on 12. But Palmer followed with a 195-yard shot that landed just short of the green, and sank a 6-foot putt two shots later for par.

Rahm’s psyche appeared restored when he bounced a 71-yard chip off the flag on 13 to set up Palmer’s short birdie putt.

Palmer gushed afterward about the 6-foot-2, 220-pound Rahm’s combination of strength and finesse.

“It’s really fun to play with a guy that can not only hit the ball the way he does, but watching his short game,” Palmer said. “I learned so much from watching it – the shots he hits when he’s got a bump-and-run or flop. … He’s got a special art.”

Stallings-Mullinax faded on the back nine, where they bogeyed 11 and 13 and double-bogeyed 16 after Mullinax’s tee shot went into the water. They finished with a 5-over 77 and tied for 13th.

Two-time Masters winner Bubba Watson, playing a three-hours’ drive from his native Bagdad, Florida, appeared primed to make a run with partner J.B. Holmes after they’d birdied the fourth, seventh and eighth holes to move to 20 under. But Watson left an approach shot short on 10, which the tandem bogeyed.

Holmes narrowly missed a birdie putt on 11, and then pulled his drive on 12, forcing Watson to chip back to the fairway while leaning against a tree. They bogeyed that hole and three more to finish 13 shots back.